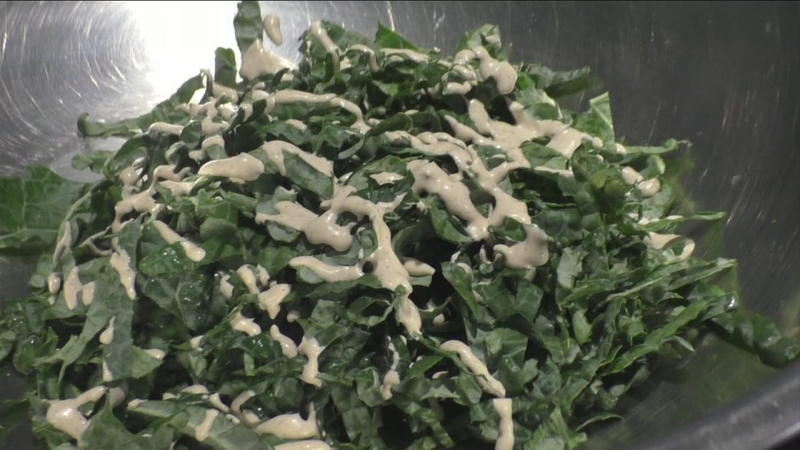 HOLLYWOOD, LOS ANGELES (KABC) -- Giulian Jones, who grew up in a small town in the South, explains why it so differs from other American regions.

"We shot and killed our own deer, had meat for the winter, we had a garden so we lived on the land," said Jones, the executive chef at SOUL restaurant in Hollywood.

Versus life in Southern California: "They're a little bit more dependent on the environment they're living in. It's an amalgam of cultures and varieties of food," Jones said.

Which is what he's brought to "Soul" in Hollywood. Yes, there's plenty of ribs, butter and fried food, but he's also done these dishes in a way that won't offend Los Angeles's clean eating sensibilities.

"If I can't access something healthy here than we have a problem," said Jones.

It is served on a house baked seven-grain brioche bun topped with homemade rhubarb ketchup.

"We make all of our own sauces from scratch," he said.

Jones says jokingly you might need a defibulator after eating buttermilk biscuits and fried chicken, which is why it's often served up with a kale salad.

"We brine it overnight in buttermilk and some of our secret spices. Louisiana hot sauce helps tenderize it," Jones said.