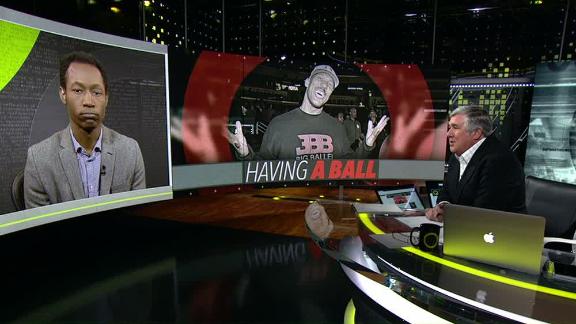 Today is the day LaVar Ball has likely had circled on his calendar for months: the day the first Big Baller Brand signature sneaker is scheduled to ship to those who were willing to pay the $495 price tag.

While it remains to be seen if the brand can meet the expected ship date and get Lonzo Ball's shoe in the hands and on the feet of consumers, doing so will mark a milestone for a company that was little more than a dream just 18 months ago.

For Ball & Co., the past year-plus has been an unprecedented ride in the athletic industry, all leading up to today's expected ship date of the ZO2 Prime Remix signature sneaker.

By the close of Lonzo's senior year at Chino Hills High School -- a dominant 35-0 undefeated final season -- LaVar moves forward with a master plan he now says has been two decades in the making. Capitalizing on the family's sport-perfect last name, and his nickname among friends since college, LaVar begins the trademark process for "Big Baller Brand" for use in "clothing, footwear and headwear."

Big Baller Brand started with a web store, selling primarily printed logo T-shirts, sweatshirts and shorts. The upstart company partnered with Garment Decor, a local Chino Hills full-service design, printing and shipping company. The brand's formation didn't technically violate any NCAA rules, as it was deemed a "family brand." As long as the three sons did not appear in promotional imagery, they remained eligible to play college basketball.

Turning around a once-storied school's basketball team? Already better than two-time MVP Stephen Curry? Potentially being the greatest player ever, once he takes over the NBA? LaVar wasn't short on brash predictions for Lonzo's future success. The repeated proclamations went viral every time LaVar spoke. Meanwhile, Lonzo kept mostly quiet while averaging 14.6 points, 7.6 assists and 6 rebounds and leading UCLA to a 31-5 record.

LaVar Ball told ESPN that none of the three big companies -- Nike, Adidas and Under Armour -- wanted to do a deal with him, at least under the terms he was asking for.

"We've said from the beginning, we aren't looking for an endorsement deal," LaVar said. "We're looking for co-branding, a true partner."

In a marketing case study that will be cited for decades to come, Lonzo Ball eschewed a traditional sneaker endorsement deal -- bypassing at least a guaranteed four-year, $10 million deal, according to industry sources. As legend goes, LaVar had a rather steep asking price in negotiations with brands.

"A billion dollars, it has to be there," Ball told USA Today in the spring. "That's our number, a billion, straight out of the gate. And you don't even have to give it to me all up front. Give us $100 mil over 10 years."

"At the end of the day, it's up to us, the athletes," Lonzo said. "We push the culture forward."

The shoe had been in development over the course of Lonzo's lone season at UCLA, debuting in black-and-gold-accented colors and priced at a now-infamous $495. LaVar framed the shoe as living between the $190 tier of retro Air Jordans and the $650-plus price of designer sneakers from the likes of Gucci -- declaring that Big Baller Brand was here to create an entirely new market.

LaVar Ball didn't miss a step on draft night, putting Lonzo in a black bow tie with a black Big Baller Brand logo on it, while he and youngest son LaMelo wore black ties with gold BBB logos.

Within seconds of Lonzo being drafted No. 2 overall by the Los Angeles Lakers, the BBB website debuted a "Sho'Time" colorway of Lonzo's signature sneaker, featuring the shoe in the Lakers' home colors.

Weeks later, the ZO2 Prime was available yet again for preorders, this time in a fully photoshopped trio of colors -- all white, all red and all blue -- dubbed the "Independence Day Pack." Ball has never worn any version of the Fourth of July-themed colors to date. However, orders placed for all five existing colors are still expected to be fulfilled and shipped today, updated on the ZO2 Prime Remix silhouette.

Lonzo Ball's NBA debut at Las Vegas Summer League caused a stir, but his play on the court quickly took a backseat to the ongoing storyline of what was on his feet. After wearing his ZO2 sneaker for his first two games, Ball suddenly switched to a musical-chairs approach for the remainder of the schedule, wearing sneakers from Nike, Adidas, Under Armour and Jordan, and gaining more attention than any other player in summer league history.

Ball wasn't the story of the summer just for his sneakers, however. He ended up earning summer league MVP honors while averaging 16.3 points, a summer-best 9.3 assists and 7.7 rebounds for a Lakers squad that ended up winning the title (though Ball sat out the championship game).

As LaVar has made clear from the onset, Big Baller Brand isn't just about Lonzo.

"It's the brand I created for my boys," he told Time magazine. "Each one of the Bs represents my boys."

When 16-year-old LaMelo Ball unveiled his first signature shoe on his birthday -- before beginning his junior year of high school -- the move caught everyone by surprise.

The sneaker shared a camouflage pattern design and "tooling," known as the midsole and outsole portion, with a model from upstart company BrandBlack, foreshadowing Big Baller Brand's long-term partner. The MB1 is slated to begin shipping by Dec. 23.

After being turned down by the major basketball brands for a "co-branded partnership," Big Baller Brand eventually found a running mate, teaming with Skechers subsidiary BrandBlack.

In dealing with a pesky Patrick Beverley all game, Lonzo registered an unimpressive three points, four assists and nine rebounds in his official debut. He wore the ZO2 Prime Remixes, as he did for his only two preseason appearances, and he has continued to wear the shoes in multiple colors throughout the season. Unlike his summer in Las Vegas, he has yet to wear anything other than Big Baller Brand for a regular-season game.

As Lonzo's much-awaited signature sneaker is slated to arrive to those who placed preorders, LaVar's vision for Big Baller Brand is finally coming to fruition. With LaMelo's debut model shipping next month, there's also a plan in place for the third Ball brother, LiAngelo, who remains suspended indefinitely at UCLA after a shoplifting incident on the team's trip to China. According to a Big Baller Brand source, LiAngelo's eventual shoe will be called the "Gelo 3," though it won't be officially unveiled until after he leaves school.

Meanwhile, Big Baller Brand continues to benefit from the fallout from LiAngelo's China trip. LaVar Ball's ongoing feud with President Donald Trump is estimated to have given the company more than $13 million in equivalent advertising value, according to a sponsorship evaluation firm. 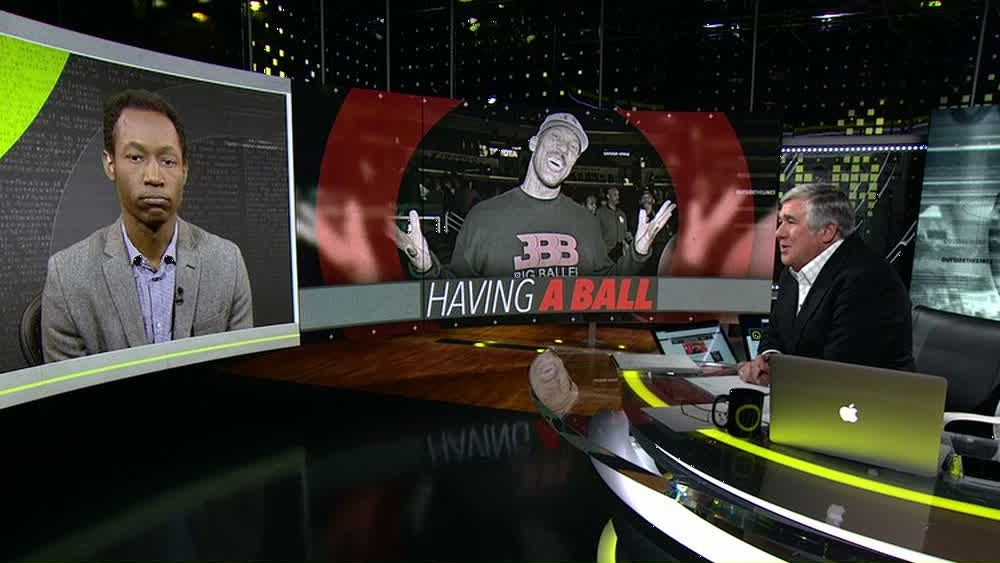