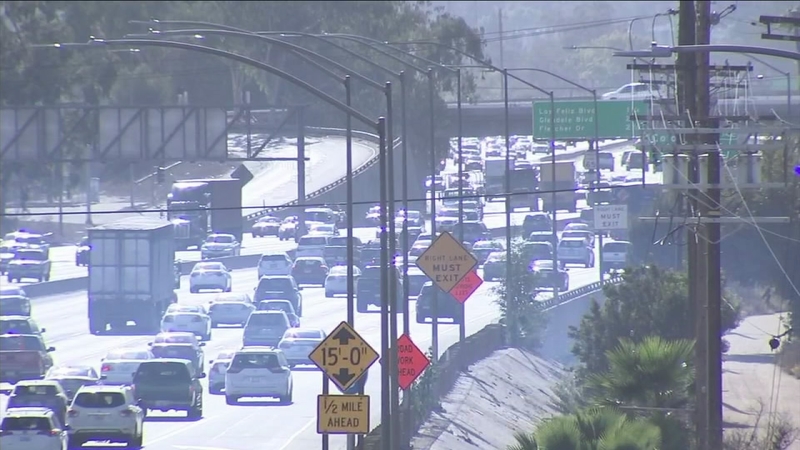 LOS ANGELES (KABC) -- Sunday is shaping up to become the one of the busiest travel days of the Thanksgiving weekend, with road tie-ups and record crowds at Los Angeles International Airport, as people head home after the holidays.

Of the Thanksgiving holiday period, which ends Monday, LAX predicts it will see a 2.3 percent increase in travelers over last year.

The increase means busier terminals, busier gate areas and a lot more traffic getting to and from the airport.

MORE: Sunshine for most of US, but fog may cause flight delays on West Coast

By early Sunday morning, a steady stream of cars were seen packing lanes at LAX, and the congestion was only expected to pick up.

Those trying to catch a flight on Sunday were urged to check in early and check for flight delays and cancellations. Those on domestic flights were encouraged to arrive three hours early, and those on international flights were advised to be at the airport four hours early, according to airport officials.

Meantime, more than 51 million Americans were expected to hit the roads over the Thanksgiving weekend, with Sunday being one of the busiest days.

The worst time to get on the road on Sunday is predicted to be between noon and 2 p.m, according to Waze.

Many travelers at LAX said that although flying can be a hassle, they would much rather be on a plane than stuck in traffic.