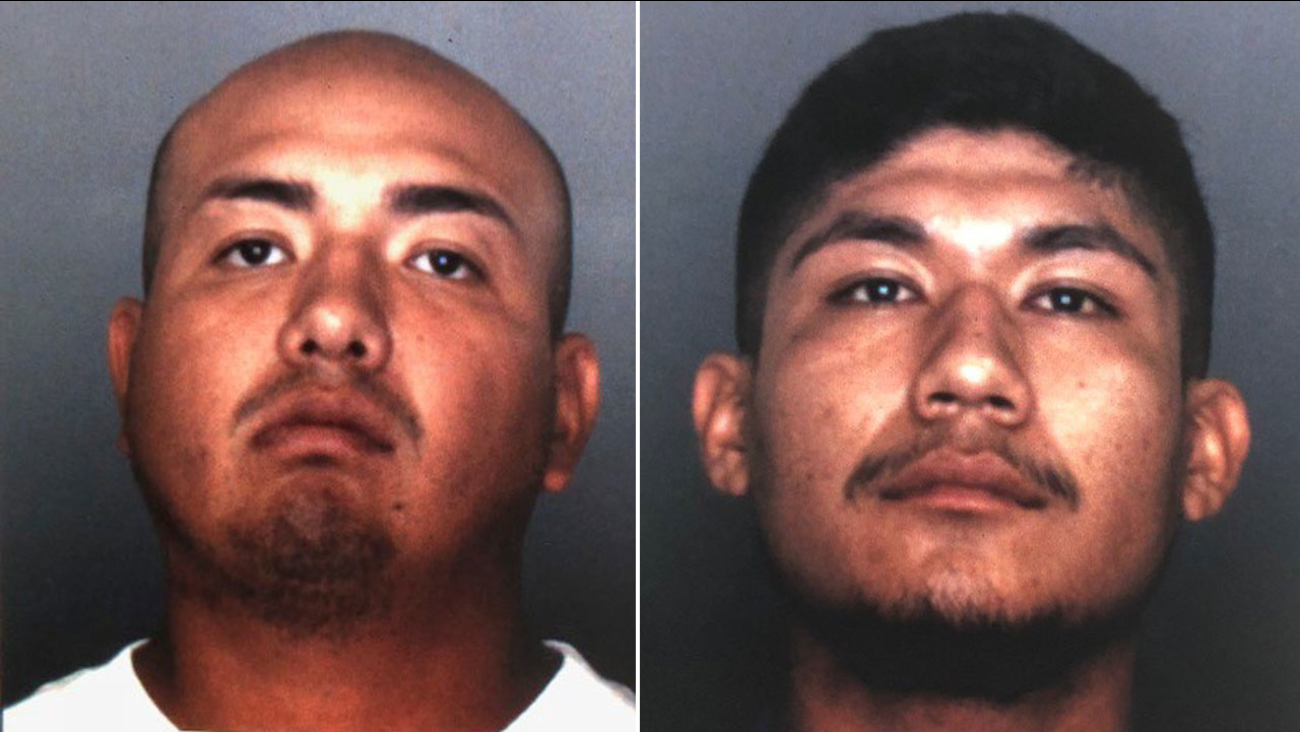 Photos of Briam Lasaro Quintanillagarcia and Ubler Garcia, both accused of kidnapping and raping underage victims in Grand Terrace.

GRAND TERRACE, Calif. (KABC) -- Two suspects were arrested for allegedly kidnapping and raping underage victims in Grand Terrace, and sheriff's officials are asking any other victims to come forward.

According to San Bernardino County sheriff's officials, on May 23, deputies responded to a call regarding a sex crime with a child and gathered information from two underage victims who said they were kidnapped and raped.

Upon investigation, deputies identified the suspects in the case as Ubler Garcia, a 28-year-old resident of Mentone, and Briam Lasaro Quintanillagarcia, a 19-year-old from San Bernardino.

Officials said Garcia and Quintanillagarcia used a social media application to lure the victims to meet them. After meeting at a specific place, the suspects kidnapped the victims and took them to a secluded area, where both were raped by the suspects, officials said.

Sheriff's officials said the suspects may have met other juveniles using social media and may have used a nickname of "Webs."