KABC
By Rob McMillan
SAN BERNARDINO, Calif. (KABC) -- For the second time in five weeks, an Inland Empire family has reported ice, possibly from an airplane, falling through their roof and landing on their bed.

"It's scary, every time you think about what could have happened, you get chills," Curry said.
Report a correction or typo
Related topics:
san bernardinosan bernardino countybizarreicerooftophomeairplane
Copyright © 2020 KABC-TV. All Rights Reserved.
RELATED 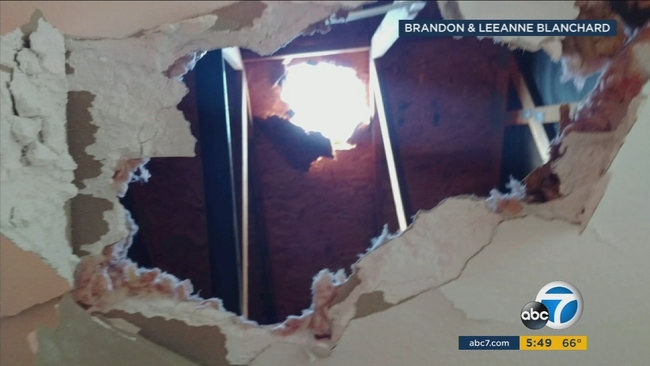