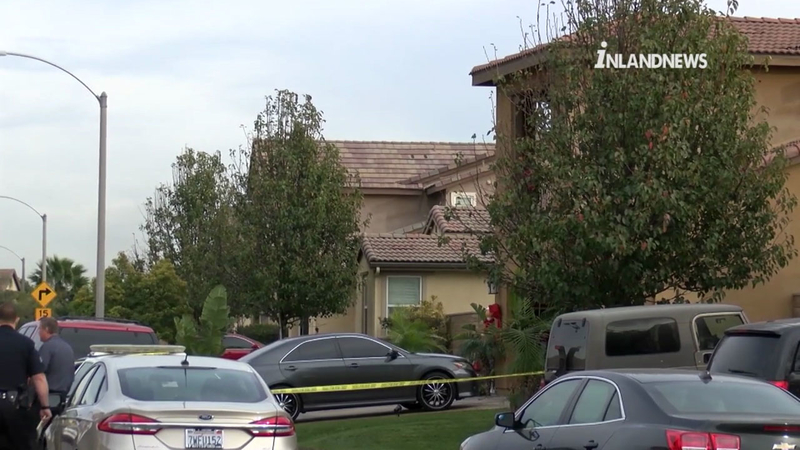 Riverside County sheriff's officials said the incident happened around 1:30 p.m. in the 6400 block of Caxton Street.

The three suspects entered a home while residents were inside. When the burglars encountered the residents, the off-duty officer opened fire.

The suspects fled from the home, authorities said, but it was unclear if any were injured.

Some neighbors, including a retired LAPD officer, said they were glad the man shot at the suspects.

The victim and neighbors described the suspects as three black males between the ages of 18-28 years with thin to medium builds.

The suspects fled in a grey Hyundai, according to investigators.

Investigators said they found signs of forced entry at the scene.

"When I heard that there was a shooting and possible suspects, it was very unusual for this city because there's a lot of law enforcement officers that live out here," Robert Yanez said. "Maybe they're fortunate that somebody was home this time, and maybe next time they'll think twice about breaking into somebody's house."

It was unclear if there was surveillance video from the home that could help.