"I was electrocuted. My heart, my lungs, everything probably stopped working the second that bolt of lightning hit," Kilroy said.

The July 27th incident killed one man and injured several others. Kilroy was among the lucky ones who survived.

His daughter Emily was briefly knocked unconscious, but when she came to and saw her father floating on his back, she jumped into action.

Lifeguards and fire department paramedics pulled Kilroy from the water and performed CPR on him for ten minutes.

"When he took a breath and he looked around that gave a glimmer of hope, because the reality of most of these situations is we don't get these outcomes," lifeguard Benjamin Gottlieb said.

Nick Fagnano, a 20-year-old swimmer who was also in the water that day, died of his injuries.

As a lifeguard of more than 30 years, Bob Kilroy expressed gratitude to all of the rescuers and the hospital medical team.

"It was just a matter of their care, their patience, their diligence being there next to me 24/7 for the next five days," Kilroy said.

He beamed with pride talking about his daughter's bravery.

"I'm very, very proud for her that she's got that kind of an instinct. It's an amazing thing to be so focused and to go out where lightning just struck, being knocked out and grab your dad," Kilroy said. 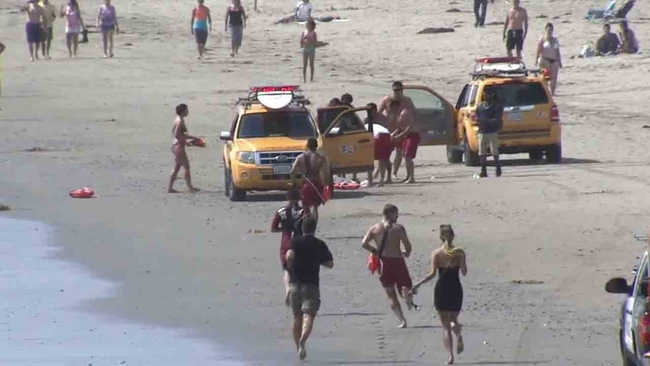