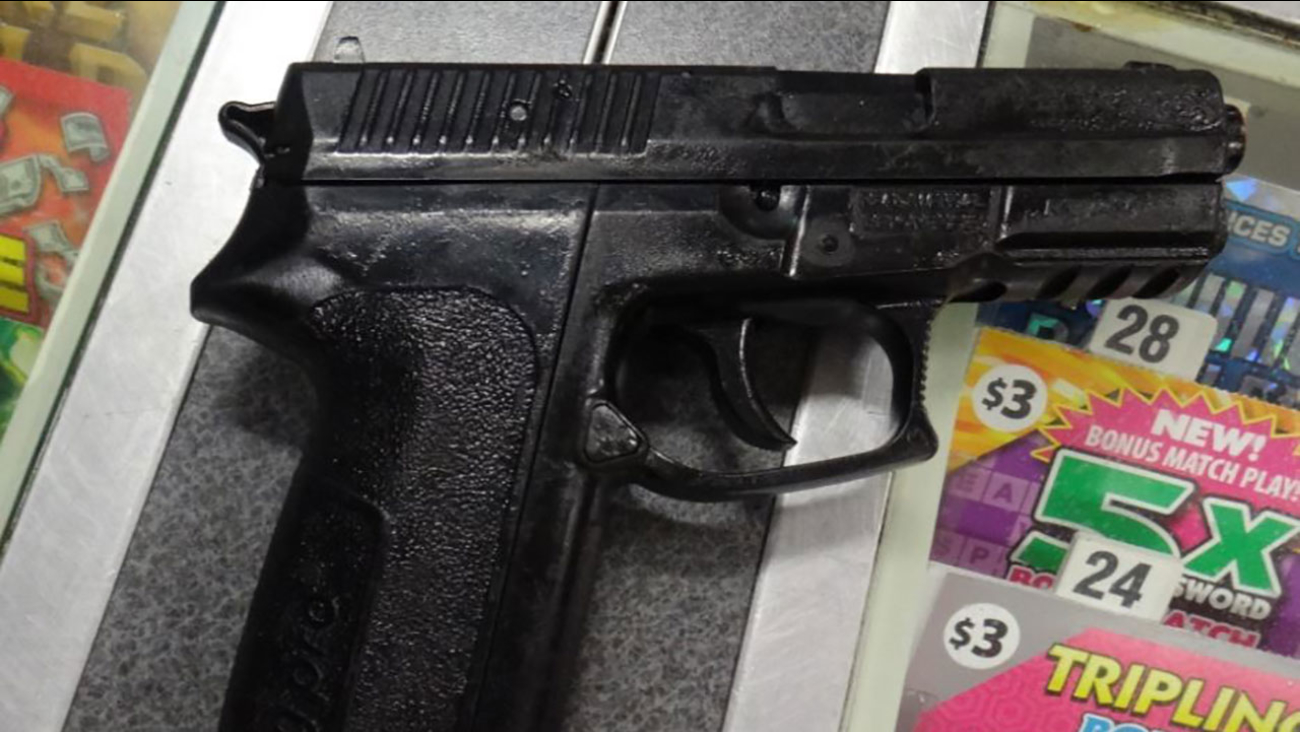 A replica semi-automatic handgun recovered during an attempted robbery at a 7-Eleven store in Gardena on Saturday, Dec. 30, 2017. (Los Angeles County Sheriff's Department)

GARDENA, Calif. (KABC) -- Two teens were wounded after being shot by a private security guard during an attempted robbery with a replica gun at a Gardena 7-Eleven, sheriff's officials said.

Deputies from the Los Angeles County Sheriff's Compton Station responded to the 15200 block of S. Avalon Boulevard shortly after 11:30 p.m. on Dec. 30, 2017, regarding a silent robbery alarm, according to a press release made public on Thursday.

Deputies learned the 7-Eleven had its own armed security guard.

As the security guard was sitting in his vehicle that night, he saw two guys wearing hooded sweatshirts enter the convenience store. He also noticed the hooded portion was tightened on their faces in what appeared to be an attempt to conceal their identities.

The security guard shot the male that was pointing the gun at the cashier, out of fear for the victim's life, officials said. Believing the other male also had a weapon, he also shot at him.

The security guard detained both males until deputies arrived. Both were transported to a local hospital and treated for non-life threatening injuries, officials said.

Officials said investigators found a replica semi-automatic handgun at the scene and later discovered that both males in the attempted robbery are approximately 16 years of age.

Both teens were booked and charged with robbery and are being held without bail.