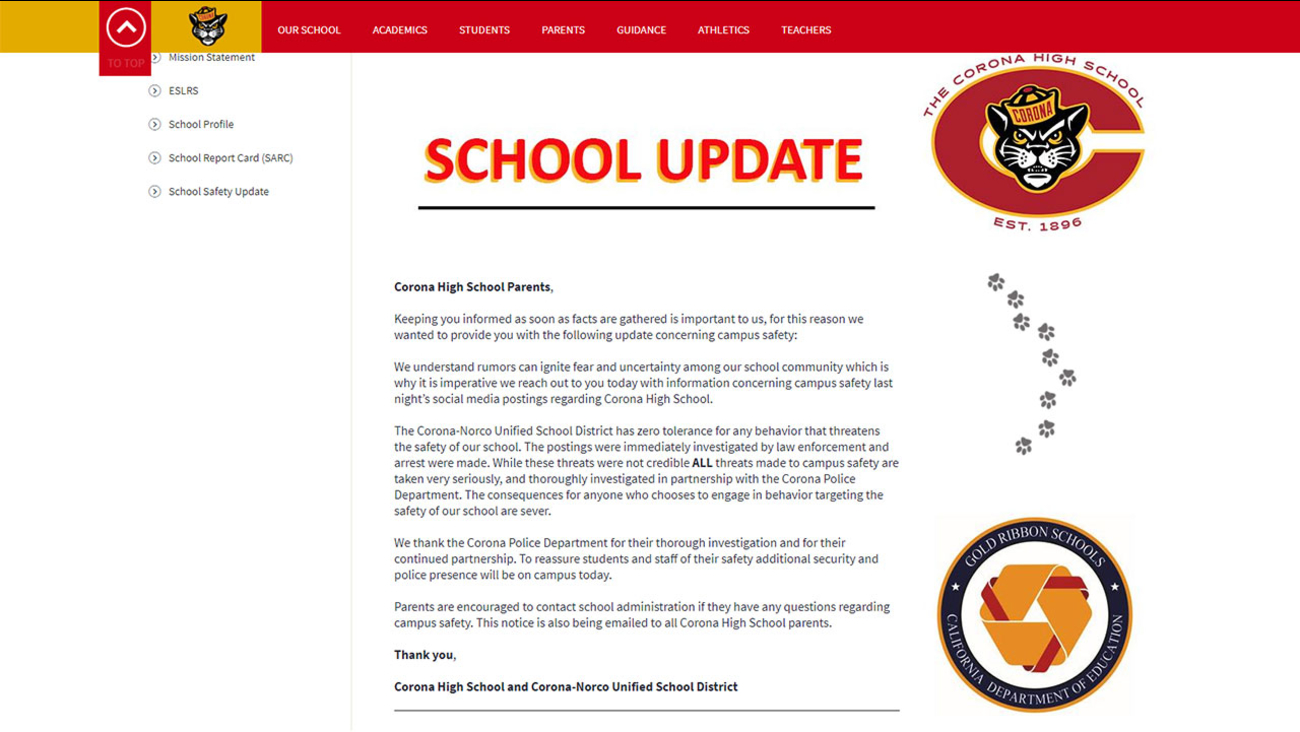 Corona-Norco Unified School District posted a message alerting parents to threats that had been made against the school.

No weapons were found at either student's home and the threats were believed to be not credible, officials said.

Officials also dispelled rumors that any threats were also made toward Centennial High School, also in the Corona Norco Unified School District.

Corona police were alerted Thursday night to threats of violence made on social media by a 15-year-old male Corona High School student.

They viewed the posts, then identified the teen, arrested him at his home and booked him into Riverside Juvenile Hall. No weapons were found at his home.

SCHOOL SAFETY UPDATE. CNUSD just posted this message to Facebook. No credible threats to either Corona nor Centennial. pic.twitter.com/3ftBioqcPl

Then on Friday, an 18-year-old student at the same school posted a picture of himself with a weapon and made threats toward students.

Police were alerted and the student was detained and questioned. Investigators determined the weapon in the photo had been rented for use at a shooting range and there were no weapons at the student's home.

"The Corona-Norco Unified School District has zero tolerance for any behavior that threatens the safety of our school," the school district posted in a message on its website. "The postings were immediately investigated by law enforcement and arrest were made. While these threats were not credible ALL threats made to campus safety are taken very seriously, and thoroughly investigated in partnership with the Corona Police Department."
Report a correction or typo
Related topics:
coronariverside countyschool threatsocial mediaschool violencethreat
Copyright © 2020 KABC-TV. All Rights Reserved.
More Videos
From CNN Newsource affiliates
TOP STORIES