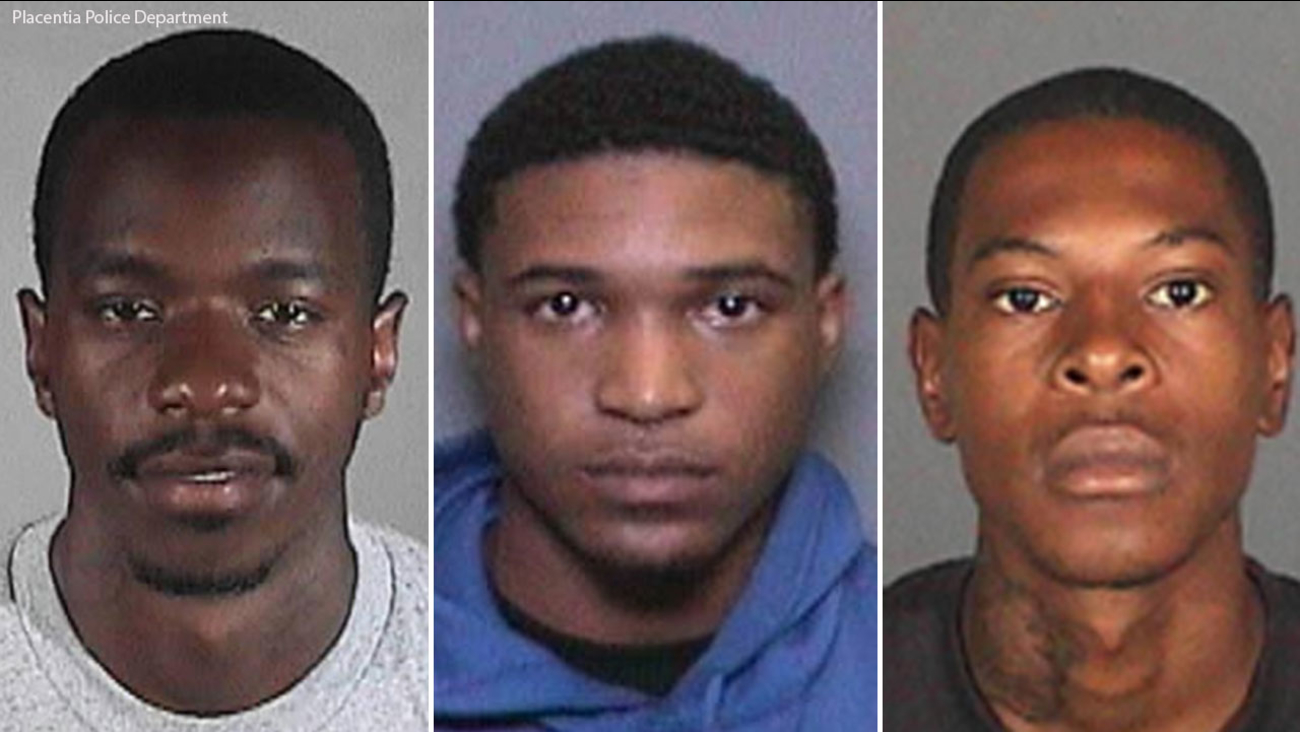 A triple split photo shows three Los Angeles gang members who were arrested for possession of cocaine and burglary tools, and conspiracy to commit residential burglary.

Placentia police responded to several calls about suspicious activity in the 1000 block of Lawanda Place and the 100 block of Islandia Drive at about 10:30 a.m. Tuesday.

Police said one of the incidents included a suspect peeping into a window of a home. When a citizen confronted the suspect, the suspect gave the excuse that he was looking for his dog and quickly left the area in a maroon-colored SUV.

Police said three men were inside the SUV, one of which was lying down in the back.