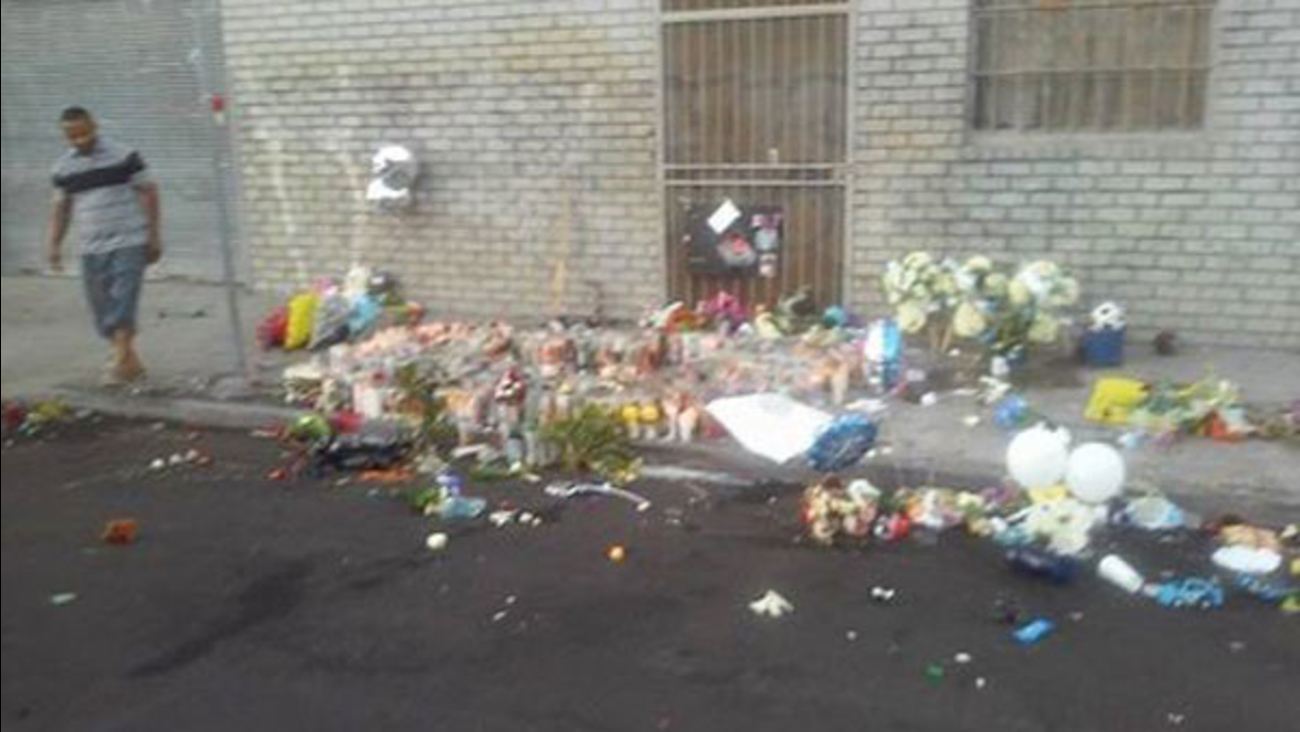 A passerby took this photo Sunday, Sept. 13, 2015, of a vandalized memorial for 3 boys that were found stabbed to death in South Los Angeles.

LOS ANGELES (KABC) -- A memorial that was set up for three young boys found stabbed to death in a vehicle Wednesday in South Los Angeles was vandalized.

Good Samaritans saw the scattered memorial with broken glass and wet pictures of the victims and helped clean it up.

"People shouldn't disrespect that," said Anthony Rodriguez, who found the mess. "The family had just gone through a disaster and to see that was heartbreaking."

The three brothers - Alex, Luigi and Juan Fuentes - were between eight and 12 years old. Authorities say they were killed by their father, Luiz Fuentes, who is expected to make his first court appearance Tuesday.

Fuentes was also wounded with what appeared to be self-inflicted stab wounds when the three boys were found dead in the back seat of an SUV.
Related topics:
south los angeleslos angelesmurderlapdstabbing
Copyright © 2021 KABC-TV. All Rights Reserved.
More Videos
From CNN Newsource affiliates
TOP STORIES