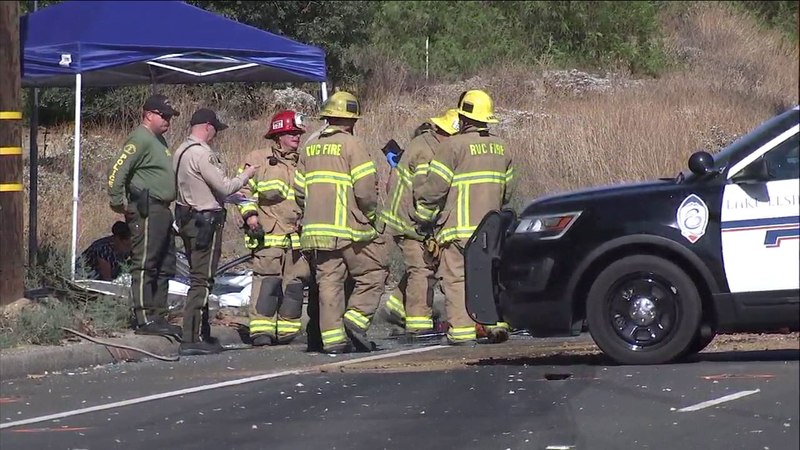 The incident occurred at about 1:21 p.m. at Highway 74 and El Toro Cutoff Road, with the first arriving engine company reporting three victims dead at the scene.

Drivers in a gold-colored Honda and a Silver Toyota collided. Witnesses said one car caught fire after the crash, but firefighters were able to quickly put it out.

The Riverside County Sheriff's Office is investigating the incident. Officials have not released the names of the victims until their families are notified.

The crash prompted both directions of the highway to close before all lanes reopened at about 8 p.m.