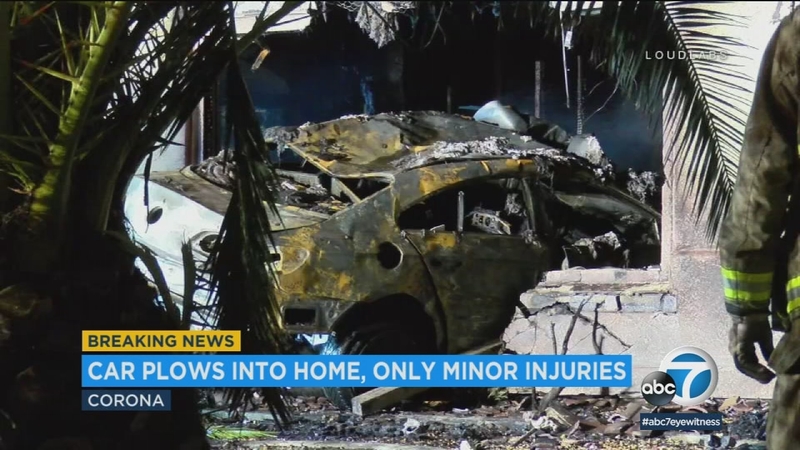 The collision was reported shortly before 2 a.m. in the 1000 block of Cleveland Way, said John DeYoe, spokesman for the Corona Fire Department.

A woman and her two grandchildren were asleep in the 1,000-square-foot structure at the time of the fiery incident, which happened when the sedan jumped a curb and plowed through a 5-foot-tall concrete wall, then toppled a tree and crashed into a living room area.

The occupants were asleep in a rear bedroom. The woman suffered minor burns to her hands.

"My grandma has a bad habit of falling asleep on the couch sometimes," said Crystal Hernandez. "I just can't even imagine if she had stayed on the couch like she normally does."

The driver and passenger, identified only as two men in their late 30s, were transported to a hospital for treatment of minor injuries. Police were conducting interviews at the medical center.