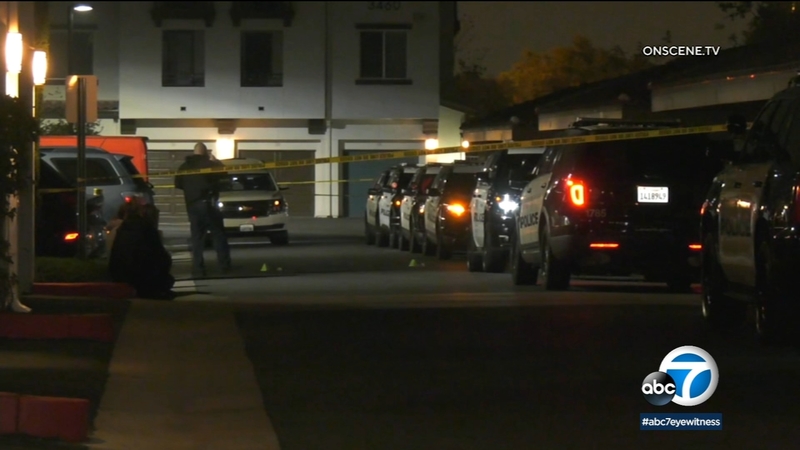 ONTARIO, Calif. (KABC) -- Police were investigating a double fatal shooting at an apartment complex in Ontario.

The incident happened just after 9 p.m. Monday at the Vistara Apartments in the 3400 block of East 4th Street. Two men were found dead from gunshot wounds, according to Ontario police.

Officers discovered the bodies of the 19- and 21-year-old victims on the second floor of the apartment complex.

A third wounded man who drove himself to a nearby hospital was questioned by investigators, police said. Another man who was also at the hospital was detained for questioning.

Investigators have not revealed how all four men are connected, if they lived at the apartment complex or a motive for the shooting.

A massive police presence responded to the scene, where officers searched a parking lot and the third floor of a building.

It was not known what led to the shooting in the gated community.

Many residents are shaken by the violence.

"It's very scary to think something could happen as close to you, and to your home," said neighbor Christina Warren.

Ontario police say while they do not have an outstanding suspect, no arrest has been made.