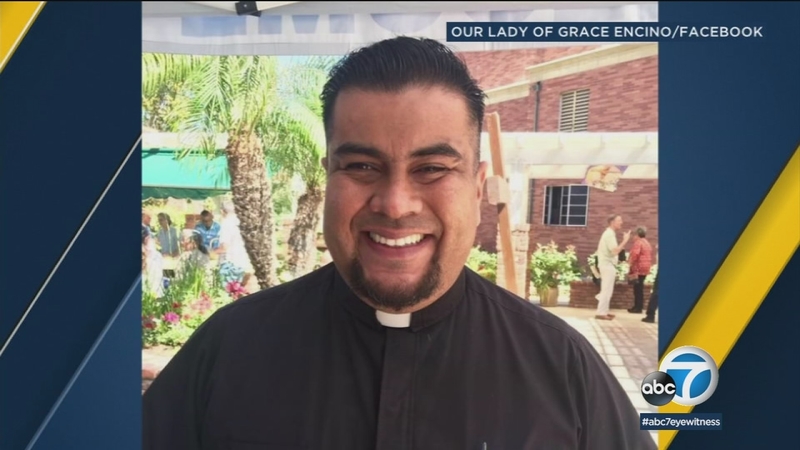 ENCINO, LOS ANGELES (KABC) -- A priest at an Encino church was removed from the ministry on suspicion of having inappropriate conduct with multiple female parishioners - one of whom is an underage girl.

Father Juan Cano served at Our Lady of Grace from July 2015 until his removal.

"It was surprising because the father was a really good man and he treated us like anybody else. I was surprised," parishioner Giovanni Rios said.

Rios has been attending Our Lady of Grace for about five months. He learned about the allegations during an announcement at Sunday mass.

"They did the right thing. They have to be really responsible, especially when we're talking about kids," Rios said.

The Roman Catholic Archdiocese of Los Angeles announced the move in a statement.

"Last week, Father Juan Cano was removed from ministry and placed on administrative leave as a result of reports of inappropriate contact by Father Cano involving several females in the parish, including one who is a current minor. The matters have been reported to the authorities, and the parish and the Archdiocese of Los Angeles are collaborating fully in the investigation."

Los Angeles police is investigating the allegation against an associate pastor at the church, according to the L.A. Daily News.

Father Cano's information has since been scrubbed from the church's website. Rios said he is satisfied with what he was told in mass.

"I think the verbal announcement, for me it's enough, because I don't think that everybody goes online to check the website. Maybe it's better for people to hear about it whenever they come into mass," he said.