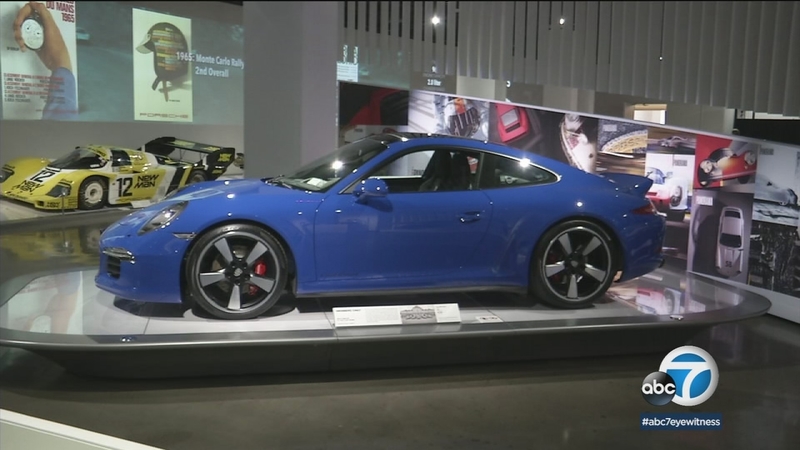 One of the most popular exhibits at the L.A. Auto Show each year is the elaborate Porsche display, which occupies its own separate building, but that only sticks around for 10 days and then moves on.

For the next year, you'll be able to see an ultimate Porsche display at the Petersen Automotive Museum called "The Porsche Effect."

"It's about this phenomenon that Porsche is well known, even to people who don't have a close relationship with Porsche," said Brittanie Kinch, the curator of the new exhibit.

The exhibit features the cream of the Porsche crop in terms of cars, but also artifacts from Porsche's own collections. It all tells the story of Porsche, from scrappy beginnings to worldwide success. In the U.S., popular culture icons helped fuel an awareness of the brand.

"People like Steve McQueen, James Dean, Janis Joplin, The Beach Boys. And all of that attention in Hollywood, and specifically Southern California, helped raise the appeal and desire for Porsche. As a symbol of affluence, obviously, but also as this really quintessential sports car," added curator Kinch.

All the bases are covered, particularly racing, with historic footage to show these now nearly priceless motor-sports artifacts in their element and far-reaching Porsche design influences from over the years, like the famous "Porsche Design" sunglasses.

It makes perfect sense that the Petersen Museum would host a Porsche exhibit, as it's a world-class auto museum. But beyond that, California itself is a very popular place for Porsches.

After all, the company knew this was the perfect spot to open a hands-on experience center in 2016, right off the 405 freeway in Carson. Through the years, and today, California is friendly turf for Porsche.

"Roughly 25 percent of all Porsche sales in the U.S. are accounted for in the state of California. So that shows you just how loyal and how passionate our customers are in the U.S., but also particularly in this state," said Frank Wiesmann, a spokesman for Porsche Cars North America.

And even if you have no desire to own a Porsche, their influence in the car world makes the name of this exhibition quite fitting.