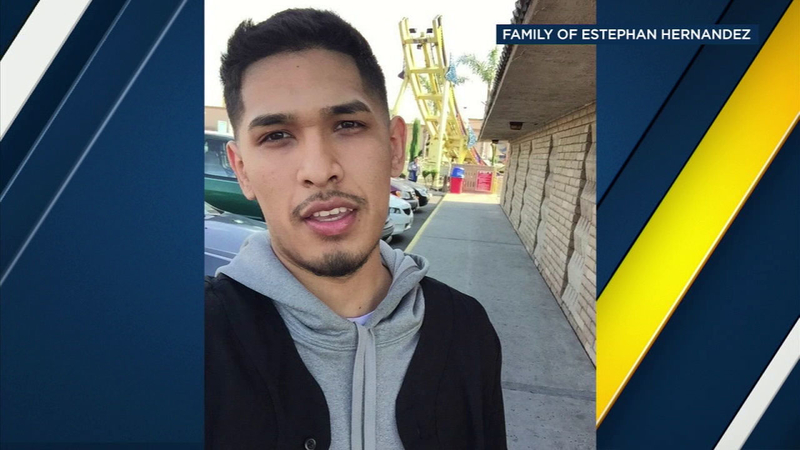 COMPTON, Calif. (KABC) -- The drive-by murder of an accomplished Cal State Long Beach student in Compton has prompted action from the university to help find the killer.

Administrators hope to dispel stereotypes about homicide victims in low-income neighborhoods and help solve the murder of Estephan Hernandez, an honor student who had been set to graduate this spring.

They, along with the Hernandez family and investigators, held a news conference on campus to announce a $10,000 reward set up by the office of Los Angeles County Supervisor Mark Ridley-Thomas seeking clues in the case.

"Our theory is that this is personal. This wasn't a random act of violence," said sheriff's Detective Louie Aguilera. "This wasn't your typical drive-by shooting in the city of Compton - gang-related."

The shooting happened last Sept. 28 on East 148th Street in the unincorporated area of west Compton. Hernandez had been chatting with a classmate in his parked car, which had tinted windows.

Aguilera said the gunman fired a barrage of rounds at Hernandez, who was sitting in the driver's seat. The bullets missed his passenger.

"There were multiple rounds fired in that car, in that driver's seat area - over 20 rounds, which shows us this was a targeted act," Aguilera said.

Hernandez's mother made a tearful plea in Spanish to the unknown shooter to turn him or herself in.

"You don't know how much you've hurt us," Lydia Gonzalez said.

Hernandez had been a student mentor, and was said to be the first in his family to attend college.

"He always wanted people around him to be happy, to do good," said friend Danely Salgado. "He never let us slack off."

Detectives say they are looking at a couple of potential suspects but need more tips from the public.