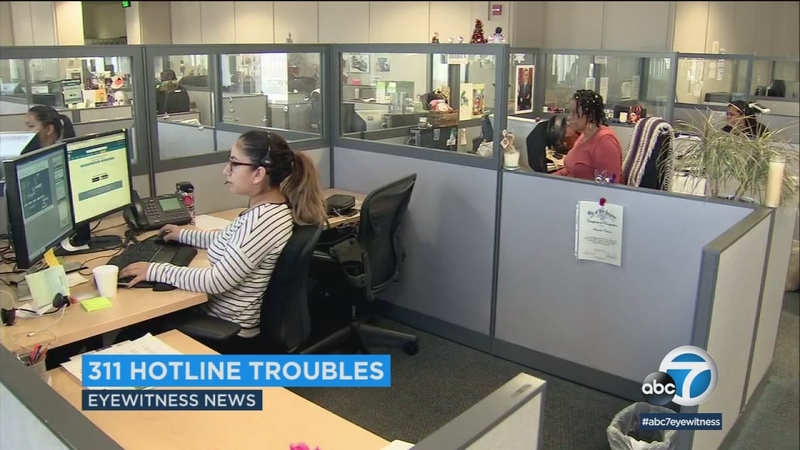 LOS ANGELES (KABC) -- Are you having issues with graffiti, or abandoned property on the streets of Los Angeles? City staff are prompting residents to call 311 to answer your questions.

But some people said it takes too long to get through.

Ladezma added the city keeps promoting the service, but they are short staffed with only about 20 to 25 people at a time. She said there can be long wait times.

"We don't have time between calls. You hang up and it's another call. We have nine seconds between each call for us to breathe, so it's call after call after call," she said.

The general manager of the city's Information Technology agency said at first many callers were simply transferred to other departments, but now the entire operation is changing.

"Over 60 percent of calls get handled directly by 311 now. We've doubled in the last couple years the number of topics that everyone handles - but it makes the calls longer," Ted Ross said.

He added that instead of calling, more people are contacting the department online or through its app.

"We're going to make sure the bodies are there, the funding is there...this thing, the 311 service, has become very popular and is bursting at the seams because Angelenos are calling and we're fixing their potholes, we're answering their problems. We need to make sure they're not waiting a couple of minutes to get answers," he said.