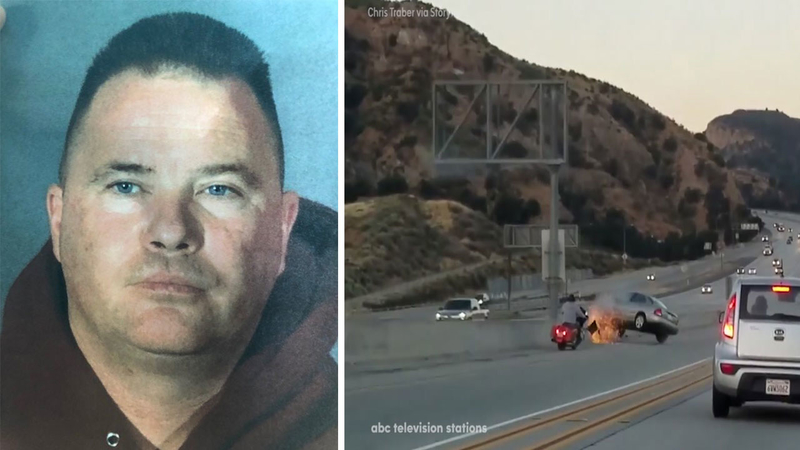 Arrest made in 14 Fwy crash triggered by apparent road rage

SANTA CLARITA, Calif. (KABC) -- Officials say they have arrested a motorcyclist who allegedly set off a chain-reaction crash in an apparent road-rage incident on the 14 Freeway in Santa Clarita last June.