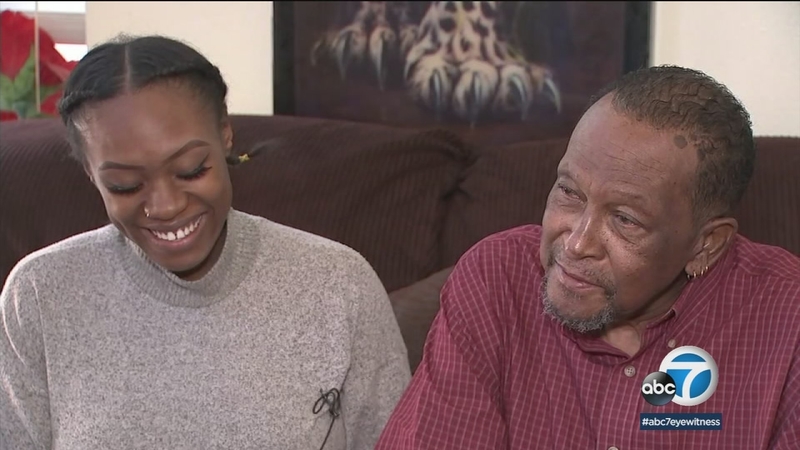 "He's gotten calls from Virginia, New York, Canada, Nigeria - it's been crazy. It's been from all across the world," said Dynastie Cason, who made the tweet.

Cason's father, Clarence Johnson, was diagnosed with kidney failure in April 2017. Although his condition has improved, he still requires kidney dialysis every other day.

"It's a two-hour process to lay there," said Johnson, "with two needles in your arm."

After he found out he needed a kidney transplant, a family member sent him a shirt that read "In need of kidney. O positive. Call 909 636-9210."

"I didn't think people would be willing to donate. They don't even know him," said Cason. "This is just a blessing."

Cason says calls have come from all over the world, not only from people willing to donate, but from those who just want to pray for Johnson and wish him well.

"It's good for the spirit," said Johnson.

Johnson still doesn't know if he's eligible for a transplant, because of his age. He'll find out within a few weeks, after taking a series of classes. But they still can't believe the outpouring of support.