Yankees have lowest payroll ranking since 1992 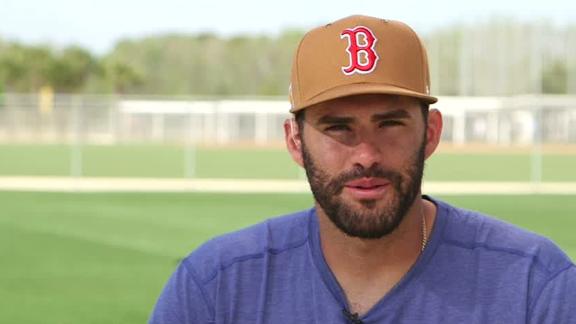 NEW YORK -- The New York Yankees are on track to open the season this week with baseball's seventh-highest payroll, their lowest ranking since 1992, according to projections by The Associated Press.

The Boston Red Sox will top the major leagues at about $223 million, ending the Los Angeles Dodgers' four-year run as the top spender. TheSan Francisco Giantswill be second at around $203 million, and the Chicago Cubs are set to be third at about $183 million.

The Dodgers and Washington Nationals will each be at approximately $180 million, and the Los Angeles Angels will be next at about $170 million. The Yankees will be at around $167 million -- their lowest payroll since 2003.

New York has not been ranked as low as seventh since 1992, when it finished ninth at $34.5 million in the final season of owner George Steinbrenner's two-year suspension. The Yankees rose to third the following year and topped the major leagues from 1994 to 1997 and 1999 to 2013, interrupted by a season in which Baltimore finished $207,000 ahead. They were second to the Dodgers for each of the previous four years.

"I think it's good for the game," said Yankees pitcher CC Sabathia, who took a pay cut from $25 million to $10 million this year. "Shows where the game is at as far as moneywise. Hopefully that translates into more signings next offseason."

New York owner Hal Steinbrenner vowed to get under the luxury tax threshold for the first time since the current tax started in 2003. New York has paid $341 million in penalties over 15 years.

Boston has not been the highest spender since at least 1990, the earliest year for which figures compiled by Major League Baseball are readily available.

If the Yankees and Dodgers stay under the threshold, their base tax rate would drop from 50 percent to 20 percent in 2019, putting them in better position next offseason for a free-agent class that includes Bryce Harper, Manny Machado and Josh Donaldson.

TheOakland Athleticsand the Chicago White Sox project to have the lowest payrolls, at about $71 million.

"I've been in Oakland most of my career. This seems big to me," said Yankees pitcher Sonny Gray, acquired from the Athletics last summer. "I don't know if all the time money dictates talent. But we have a ton of talent."

Angels outfielder Mike Trout is the highest-paid player for the first time at $34.08 million, which includes a $33.25 million salary and a prorated share of his signing bonus. Dodgers pitcher Clayton Kershaw dropped to second at $34 million after leading the list for three straight years. Arizona pitcher Zack Greinke fell one spot to third at $31.95 million, followed by a trio at $30 million:Philadelphia Philliespitcher Jake Arrieta, Boston pitcher David Price andDetroit Tigersfirst baseman Miguel Cabrera.

The average salary is on track to be around the same as last year's opening figure of $4.45 million, perhaps slightly higher. While many free agents took large cuts, other players with existing multiyear deals had large increases.

Figures are based on rosters as of Monday afternoon, three days before Opening Day rosters are set. They were obtained by the AP from management and player sources and include salaries and prorated shares of signing bonuses for players on the 25-man active roster and disabled lists. Termination pay for released players and buyouts for unexercised 2018 options are included, as are cash transactions in trades.