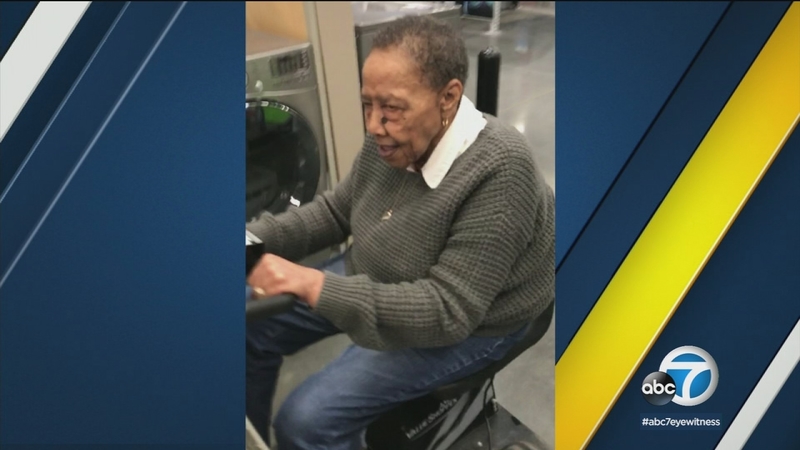 Los Angeles police said firefighters responded to a call of a woman in cardiac arrest at an apartment in the 5900 block of West Boulevard. When authorities got on scene, they determined the deceased victim had been assaulted, police said.

The victim's daughter said someone broke into her mother's apartment, ransacked the place and then beat the woman to death. Authorities have not confirmed that information.

"We just want justice for my mom. She shouldn't have died like that. She should have died of old age," Mia Brandon said.

Police won't comment on how the woman died or a possible motive but said there was no question that she was the victim of a homicide.

Her family identified her as Freddie Brandon. She had seven children and several grandchildren.

One of Freddie's grandchildren, who lived with her, made the grim discovery Friday afternoon. She had lived in the area for 23 years.

"She knew all the people in the neighborhood. She lived next to the liquor store so the gang bangers that did come through, they spoke to her, they knew when she sat on the porch. Why my mama?" Mia Brandon said.

Authorities will be looking through surveillance video from the nearby liquor store to see if a suspect or suspects went into Freddie's apartment next door.

Her family hopes someone knows what happened and come forward.

"All I'm asking is y'all come forward. Please turn yourself in and do the right thing. We love my mama," Mia Brandon said.