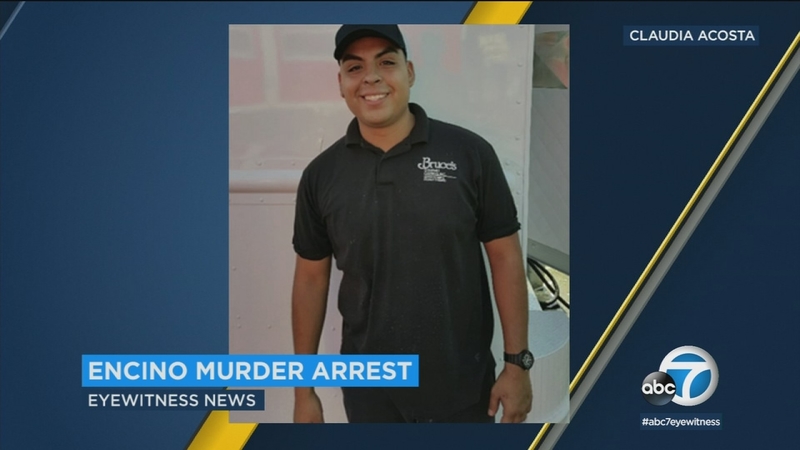 Murder suspect arrested in shooting death of man in Encino

ENCINO, LOS ANGELES (KABC) -- A murder suspect has been arrested in the death of a 28-year-old man who was shot early Sunday morning at a party in Encino, authorities said.

Cesar Lozano, 23, of Reseda, was taken into custody Tuesday evening and booked, according to the Los Angeles Police Department.

He is suspected in the killing of Guillermo Hernandez, one of two people who were shot after an argument escalated at the party. Hernandez died at the scene and a 69-year-old man was hospitalized in critical condition with four gunshot wounds.