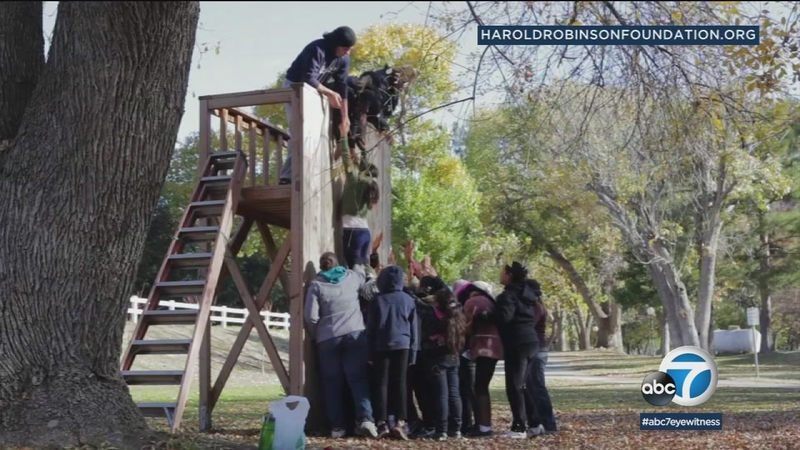 'Pedal on the Pier' helps send underserved fifth-graders to camp

SANTA MONICA, Calif. (KABC) -- Hundreds of people will head to the Santa Monica Pier on Sunday to ride stationary cycle bikes to fundraise for underserved kids.

Joyce Hyser Robinson describes the scene for the annual "Pedal on the Pier" in Santa Monica, where teams of five relay cycling on 100 indoor bikes.

"We have this amazing, iconic place here in LA on the beach underneath the roller coaster," said Hyser Robinson, co-founder of the Harold Robinson Foundation, the organization behind the fundraiser.

The goal is to raise over $1 million and they are well on their way, but they could certainly use more. The idea is to send fifth-graders to camp from underserved areas, and they say that these kids are discovering things they've never seen before.

"Most have them have never seen stars in the sky," Hyser Robinson said. "They've never rolled down a grass hill."

About 2,000 kids, mainly from Compton and Watts, leave the city for an unforgettable experience at sleepover camp. The organization also has a six-week day camp as well.

"They're going into this one big school where all of these warring housing developments come together for the first time, and it's very scary," Hyser Robinson said.

Having come from an underpriveledged background herself, she knows the importance of the opportunity.

"I found my independence, my passion," Hyser Robinson said.