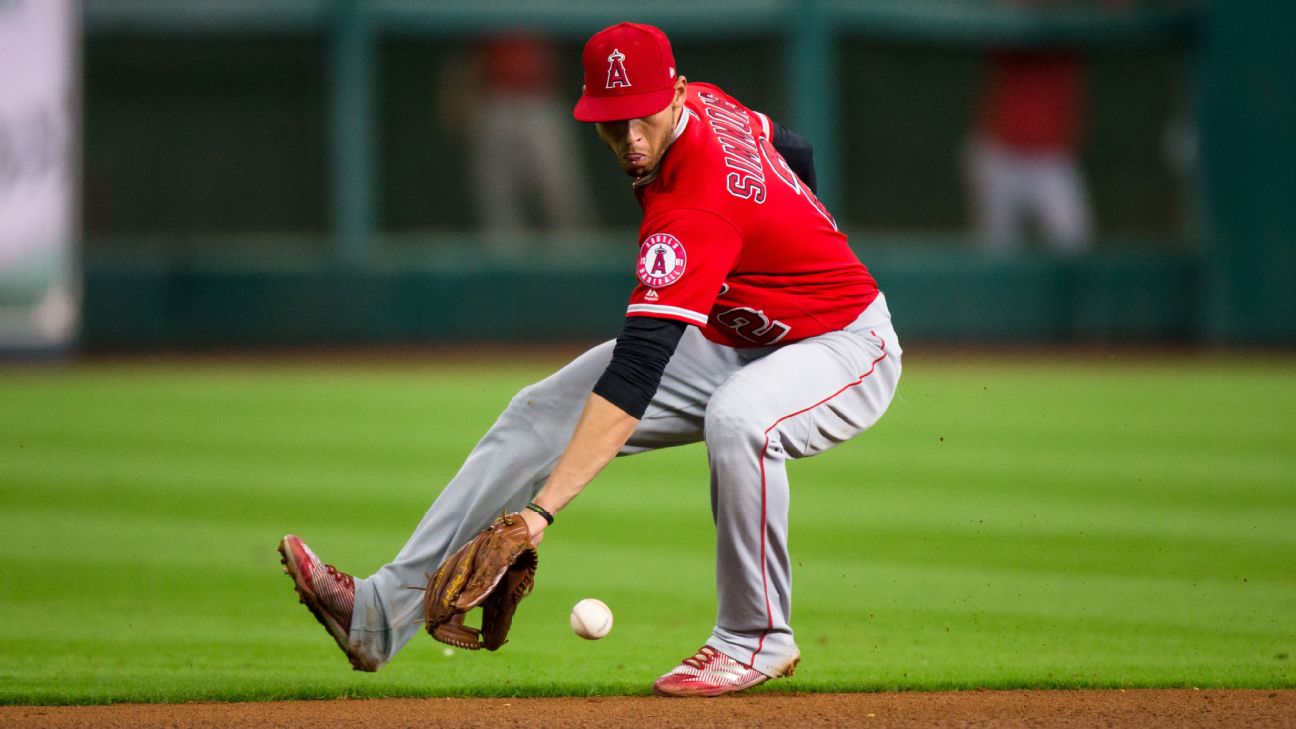 Los Angeles Angels shortstop Andrelton Simmons suffered a sprained right ankle and could be headed to the disabled list after injuring himself on the dugout steps Tuesday night.

"Nothing is broke, but I sprained it pretty decent," Simmons, who was on crutches, told reporters after the game. "I tried to stay in the game, but they just thought it was smarter not to let me stay out there and have a chance of making it worse."

Simmons suffered the injury while stepping down the three dugout steps at Angels Stadium prior to Tuesday's 1-0 victory against the Kansas City Royals. He fell to the ground, got up, tried to walk it off and played two innings before exiting. He walked in his only plate appearance, but was erased on a double play as he struggled to reach second base.

"I don't even remember exactly how it happened, but I know I was coming in," Simmons told reporters. "It's simple and stupid, but it happens every once in a while, I guess.

"... I could play; I just wasn't moving at my best. I could have stayed out there, but I guess it wasn't the best solution. It is what it is. We'll see how it responds."

Simmons said he's hopeful he can move around after "one, two days," but said there's a chance he could land on the disabled list.