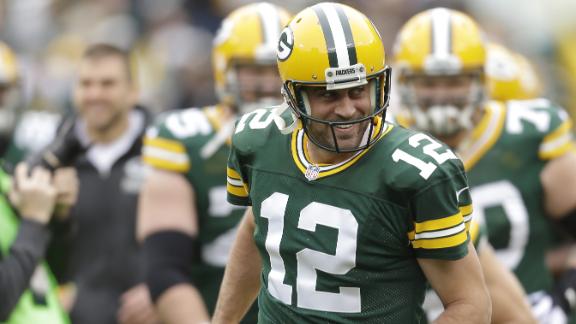 CHARLOTTE, N.C. -- Carolina Panthers coach Ron Rivera says middle linebacker Luke Kuechly should not have been ejected from Sunday's game against theGreen Bay Packers and most definitely should not be fined for making contact with the official.

"No,'' Rivera said emphatically when asked Monday if Kuechly should be fined. "Not at all. Zero chance.''

The reigning NFL Defensive Player of the Year was ejected after he swung his arm as he was being restrained by back judge Steve Freeman with 1:39 left in the third quarter of the 38-17 loss.

Kuechly said he wasn't aware it was Freeman who had grabbed him from behind, adding he simply was trying to free himself from the scrum when he made contact with the official.

Rivera felt Kuechly should not have been ejected at the time of the incident and didn't change his mind after watching it on tape.

Rivera said at some point he'll talk to league officials about what happened. For now, he said general manager Dave Gettleman and his staff will lobby that Kuechly shouldn't be fined, a fairly standard consequence for contact with an official.

"To tell you the truth, I didn't know who was grabbing me,'' Kuechly said after the game. "I was trying to get out of there a little bit. You've just got to stay calm in those situations and just walk away and let it take care of itself.''

Kuechly, who entered the game as the NFL leader in tackles, was caught in a pile trying to recover a fumble that was recovered by Green Bay. As he was getting up, Kuechly appeared to push back tackle David Bakhtiari.

When Freeman stepped in, Kuechly swung his arm again with the official behind him. Freeman backed away, threw the flag and ejected Kuechly.

It was the first time Kuechly had been ejected in an NFL game since being selected in the first round of the 2012 draft.

That wasn't the only call Rivera had issues with. He also questioned the first of consecutive offside penalties against Carolina on the game's first series that led to the first of three Green Bay touchdowns in the first quarter.

"I thought their tight end moved first, and for whatever reason they assessed us the penalty,'' Rivera said. "But again, I'm not the one throwing the flag and making the decision.''