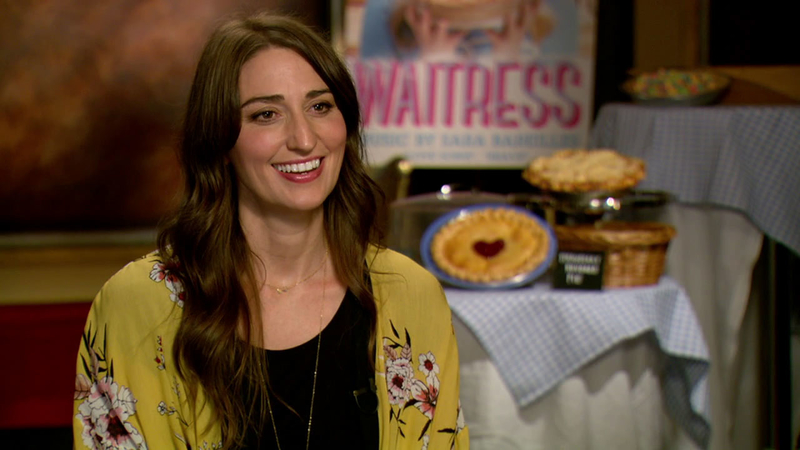 HOLLYWOOD, LOS ANGELES (KABC) -- As a pop music singer songwriter, Sara Bareilles has earned six Grammy Award nominations in her career. She's also up for an Emmy Award this year, for her work in "Jesus Christ Superstar."

And if that's not enough - Bareilles wrote the music and lyrics for the stage musical "Waitress" and earned a Tony nomination for her first Broadway effort!

"Waitress" is now serving up shows at the Pantages Theatre in Hollywood. Bareilles, who went to UCLA and has since called Los Angeles home, is thrilled the hometown crowd will get to see her work.

"I've been dying to get the show here," Bareilles said. "This is a really special moment to get to share this show with the city that I love so much and has been home to me for such a long time."

The story centers on a "Waitress" and expert pie maker who dreams of baking her way out of the troubles she faces in her small town.

"This show really has so much heart," Bareilles said. "It's about messy people doing the best they can, making mistakes, and there's really no heroes and villains. It's a bunch of people who live in a gray area and it feels deeply human to me that way."

Bareilles thinks "Waitress" serves up just the right recipe of relatability for theater-goers.

"And the theater smells like pie!" Bareilles said with a laugh.