VIDEO: Woman throws coffee on hired contractor at Century City apartment after questioning why he was there

KABC
By Brandi Hitt and Miriam Hernandez
CENTURY CITY, LOS ANGELES (KABC) -- A contractor hired to do a job for a tenant in Century City said he was confronted by a woman who threw coffee in his face after questioning why he was there. The altercation was all caught on video.

Miguel Sanchez recorded the altercation on his cellphone.

Sanchez works for a construction company. He said he was trying to get into the Century City apartment complex to do some work for a tenant when he was confronted by a woman.

Sanchez said Rhonda Polon questioned why he was there and refused to let Sanchez and his co-worker into the garage.

The cellphone video shows Sanchez and his co-worker at the entrance of the complex's gated garage as they tried to get inside. Polon, holding a mug, is seen blocking their way.

"We work for a company, AMC Construction. Somebody that lives in this apartment, an owner, hired us to come and work over here," Sanchez said to Polon in the video. "I'm recording you. Either you're going to let us in or you're going to move, or I'm going to have to call the police on you because you're not letting us do our job."

Sanchez then commented that Polon is being "mean" against people like him and his co-worker, who are "just trying to do our jobs."

"You can't come in the garage until you talk to somebody," Polon said to Sanchez in the video.

Sanchez's co-worker appeared to make a phone call to his boss to explain the situation.

Sanchez then flipped the phone to selfie mode and said, "That's the lady being super racist and crazy right now."

In the video, he showed Polon the "remote key," which looked like a garage opener, and told her he also has the apartment keys, which were given to him by the person who hired him.

The fight escalated, and the video shows Polon yelling, "Get out of my face," and throwing coffee in Sanchez's face. Sanchez called police and has since decided to press charges against her.

"The police were just here. They saw right through your husbands so called 'spliced' video. They know what your husband is all about. I'm just giving you a heads up because I know you have children and I wouldn't want you or them to be harmed," it said.

Matian said the attack was a hate crime.

Eyewitness News tried to get hold of Polon to hear her side of the story, but we could not reach her. However, Matian said she has been talking.

"She has admitted to pouring the coffee on him. She has apologized publicly for doing it. She admitted to going on a racist rant," he said.

Sanchez and his wife, who Matian said was "absolutely frightened," are trying to recover from the ordeal.

Los Angeles police said they are investigating Polon and she may face charges ranging from assault to criminal threats. Investigators will be interviewing her, tenants and any other witnesses to the incident.

On Saturday, Polon contacted Eyewitness News regarding the story.

She said that Sanchez incorrectly characterized the conversation they had and that he misquoted her in the video. She said she's not racist and did not make racist comments that Sanchez's lawyer attributed to her.

"That should not have happened. I was scared and did not know what to do," she said. 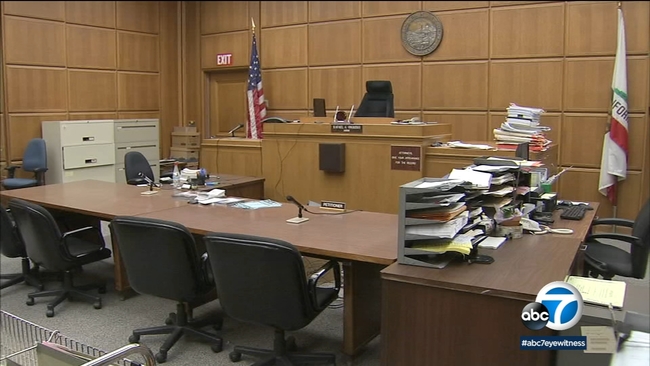