After bullpen session, Kenley Jansen hoping to return next week 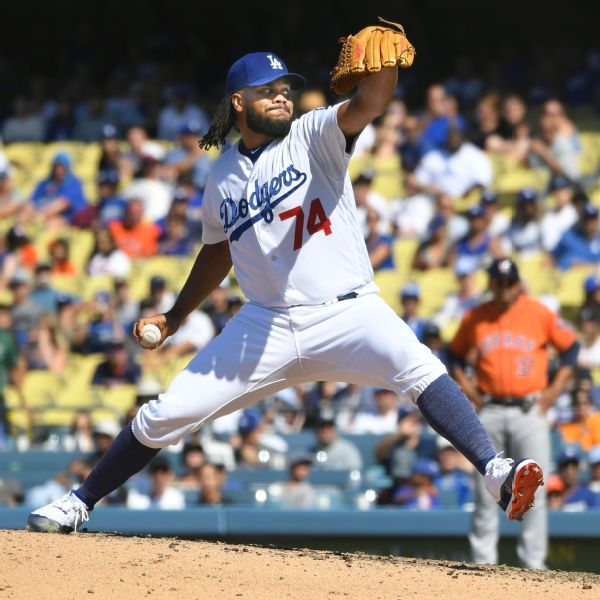 Jansen threw about 20 pitches during a bullpen session Friday, continuing his light workload after being placed on the disabled list last week with an irregular heartbeat. Jansen said he feels good and is hopeful his physicians will clear him to return to the Dodgers' bullpen when they meet Monday.

Jansen, 30, said earlier this week it's likely he'll need another ablation procedure on his heart after the season; the right-hander had a similar operation in 2012. When he was placed on the disabled list last week, it was projected Jansen would miss four to six weeks. Jansen said he's had no symptoms or reactions to medication in the past week.

"I hope they say (I'm) ready to go. I've got my fingers crossed about Monday," Jansen said. "We'll see if that happens. That would be great so I can come back and help us get back in the race and go where we want to go."

Jansen has experienced several episodes with his heart condition in the past. He was prescribed blood thinners in 2011 and missed a month, then missed three weeks the following season with a similar issue.

He said his latest incident occurred at the team hotel in Denver. After breakfast, he felt his heart begin to quiver and eventually called 911. Jansen was transported to a hospital, where he was shocked back into a normal heart rate.

Without their star closer, the Dodgers' bullpen had lost three consecutive games before Friday nights's 11-1 win over the Seattle Mariners.