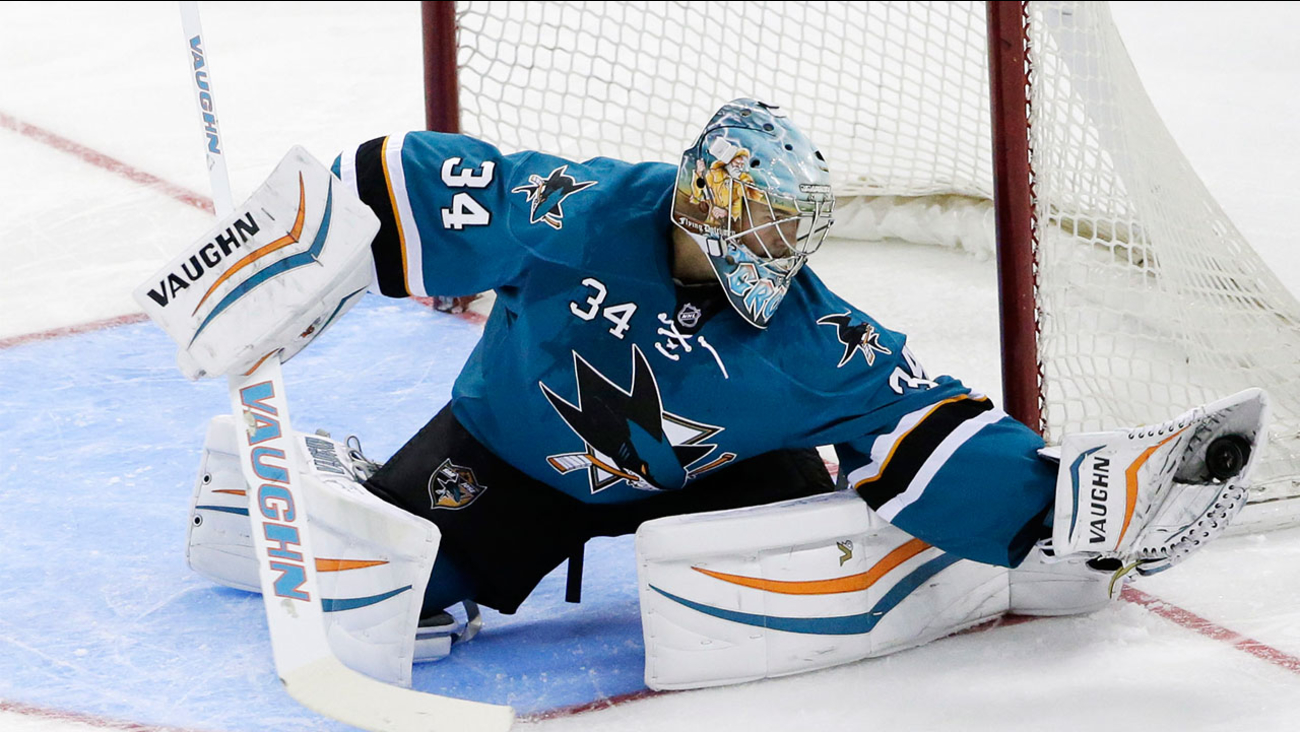 San Jose Sharks fans were happy when the team beat the Carolina Hurricanes on Sunday night 2-0. But Sharks' goaltender Tony Grosenick's family was ecstatic after the rookie's first NHL win.

Grosenick shut out the Hurricanes with a remarkable 45 saves in his debut, and once the game finished Grosenick's family could be seen in the stands, celebrating and sharing an emotional embrace. Grosenick's father Scott is clearly the most emotional though, crying tears of joy after his son's win.

"I was just happy for him, knowing the process he's gone through ever since he was first on the ice," the proud father Grosenick told the San Jose Mercury News.

The goalie's parents traveled from Milwaukee to the game in Raleigh, North Carolina, and Grosenick's fiancee and uncle traveled from the Washington D.C. area to be at the game as well. Even though Grosenick couldn't immediately celebrate with his family following the win, he says it was still a very special moment.

"I haven't even seen them yet, but obviously knowing that they were there provides a little support unit," Grosenick told the Mercury News. "It's going to be really special to look back on it. Knowing that they were here to experience it, too." Skate on over to the touching moment in the video above.
Related topics:
sportsdistractioncarolina hurricanesnhlsan jose sharkshockey fan
Copyright © 2021 KABC-TV. All Rights Reserved.
DISTRACTION
Carrie Fisher describes 'Star Wars' filming in rare 1977 interview
What is pi? Here's an explanation using pie
Fun facts about Dr. Seuss in honor of his birthday
79-year-old man makes 1st-ever snow angel
TOP STORIES
Body matching description of Gabby Petito found in Grand Teton: FBI
Long Beach schools to suspend COVID-19 testing
Emmys 2021: See the list of nominees, winners
Man fatally shot in Riverside with baby in car
Man shot and stabbed in fight at Glendale bakery
UC Riverside students return to campus after long delay
2 shot in Compton during street racing event
Show More
Family seeks justice for East LA man fatally shot by deputies
Expectant mom on life support survives COVID with pregnancy intact
2 charged with murder after woman undergoes butt-lift procedure, dies
COVID-19 hospitalizations continue to decline in LA County
Chris Rock says he has COVID-19, urges vaccination
More TOP STORIES News