The bodies were discovered just before 7 a.m. in the 28800 block of Startree Lane in a home day care center that was not conducting normal activities due to the holidays.

The four victims, who officials described as a man, two women and the boy, were pronounced dead at the scene, sheriff's officials said on Twitter. The bodies were found in various areas of the home.

Investigators said the victims were a married couple in their 40s and 50s and their daughter, believed to be in her 20s, as well as a son believed to be around 11 or 12 years old.

According to Lt. Rodney Moore, investigators believe the husband shot and killed the three other victims, then turned the gun on himself in a murder-suicide. A handgun was located at the scene.

Moore said investigators are not looking for any outstanding suspects in the case. Investigators had not yet determined motive in the killings, Moore said.

It was not immediately clear how long the bodies had been in the home before they were discovered. Sheriff's deputies responded to the home after they received a call for a welfare check.

Moore said no neighbors reported hearing gunshots and he had no information on why the welfare check call was made by a family friend.

Friends and neighbors said the family that lives in the home are Michael and Amy Birnkrant and their two children, Drew and Sean.

"I broke down when I first saw which house it was and every since then, I'm just in shock. I'm in shock," said resident Sandy Barajas.

A neighbor said Amy Birnkrant operated the day care, called "Amy's Corner," out of her home a couple of days a week and that her husband was a driver. Neighbors said the woman had formerly served as a preschool teacher at a local public school.

Residents said many children in the neighborhood began their education at Birnkrant's at-home school, where she would teach 12 students at a time.

"The kids were cared for amazingly," Barajas said. "Laughing and singing. They had graduations. It was a beautiful preschool."

According to neighbors, the couple had a 20-year-old daughter and an 11-year-old son.

Former classmate and neighbor Scarlette Barajas said the daughter was a popular track star at a local school. "A lot of people were friends with her," she said.

Parents of Amy Birnkrant's former and current students broke down in tears at the scene. One father said he didn't know how he would explain the tragedy to his 4-year-old daughter.

"I would just hope that those kids would have the fond memories. They're too young. I don't think that they would really be able to process this or understand it at all," said Sandy Barajas.

Officials urged the public to avoid the area as a shooting investigation remained ongoing. 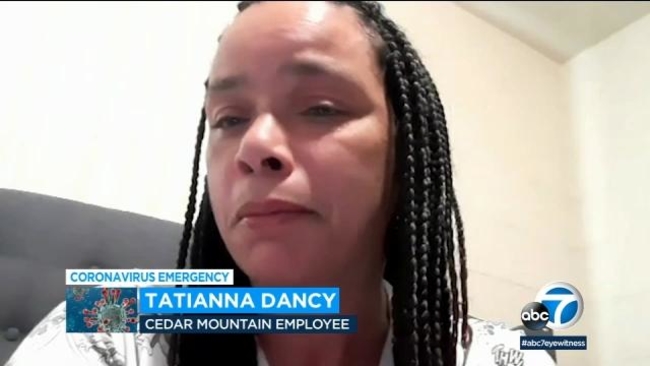