4 in custody after police chase, crash, hourslong standoff in Glendale 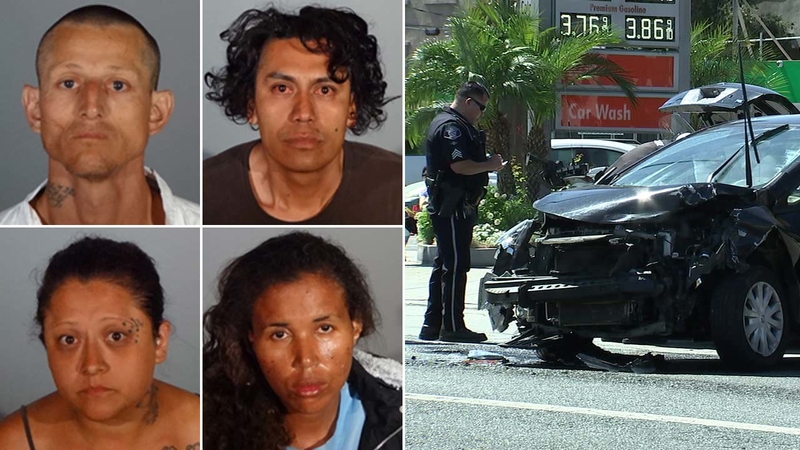 4 in custody after chase, hourslong standoff in Glendale

GLENDALE, Calif. (KABC) -- Four people have been taken into custody after a police chase and an hourslong standoff in Glendale.

Glendale police officers attempted to stop a vehicle Monday afternoon near Colorado Boulevard and the 2 Freeway for not having any license plates.

The car, which was occupied by two men and two women, failed to stop. Police chased the car into the Eagle Rock area.

At one point, the car ran a red light at Colorado Boulevard and Pacific Avenue, causing several vehicles to crash.

The driver of the car, later identified as 40-year-old Joseph Gutierrez, ditched the car and fled from police. Authorities said he climbed several fences and even ran across the 2 Freeway to evade officers.

After running across the freeway, Gutierrez continued to climb fences and run through the backyards of homes, police said. Eventually, he hid under a house on the 500 block of Lincoln Avenue in Glendale.

K-9 officers helped police track down Gutierrez's location. Gutierrez refused to surrender for hours. Officers used tear gas to force him to surrender. At around 11 p.m., Gutierrez was arrested on suspicion of burglary and being a felon in possession of ammunition. Police said he also had warrants for his arrest for burglary and assault.