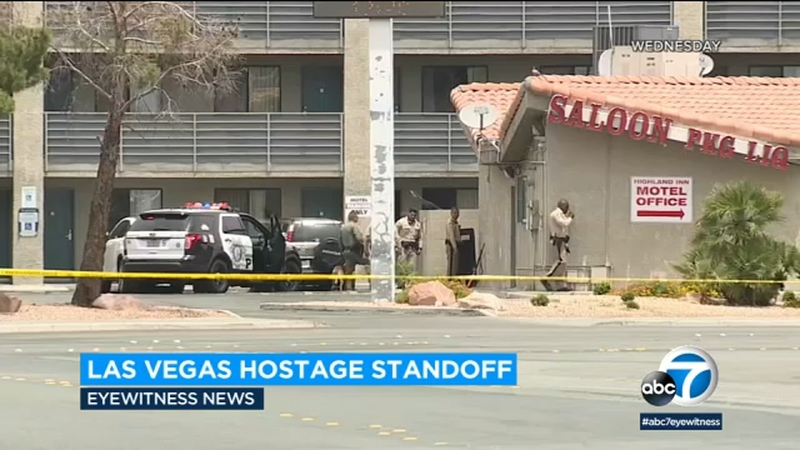 LAS VEGAS (KABC) -- A 4-year-old boy and his babysitter were safely released after being held hostage for several hours in a Las Vegas motel room.

It started Wednesday when police spotted a stolen motorcycle in a motel parking lot, according to the Las Vegas Metropolitan Police Department. Officers approached a man who they saw trying to get on it and a struggle ensued.

The suspect went back into his hotel room after one officer noticed that the man had a handgun, and the situation evolved into a barricade.

Police began evacuating the motel, but then learned that the suspect had used a hammer to bust a hole into an adjacent room, where he took the child and his babysitter hostage.

The man stood inside the room for hours as police waited for him to surrender, with the assistance of SWAT and crisis negotiators.

The boy was freed after eight hours into the situation and the babysitter was released after 24 hours, both seemingly unharmed.