A woman who police described as the boy's guardian said he was sound asleep when the suspect allegedly broke in and kidnapped him.
AP 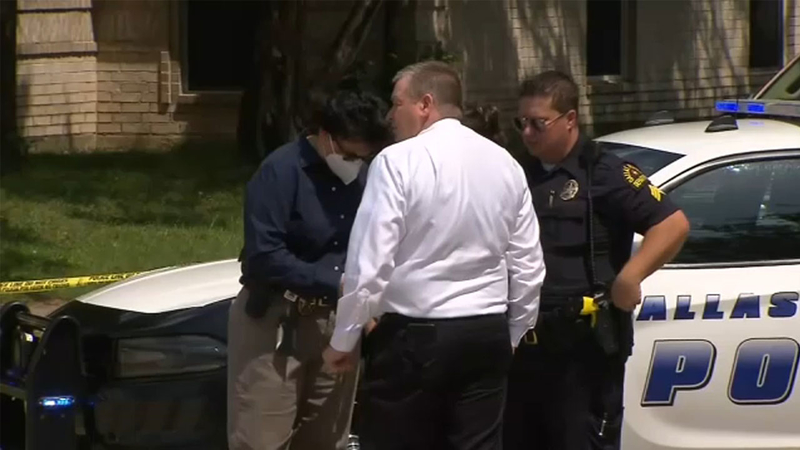 DALLAS -- An 18-year-old arrested after a 4-year-old boy was found dead on a neighborhood street in southwest Dallas was known to walk in the area, residents said.

The child, who police have not yet named, was found slain at about 6:50 a.m. Saturday. Police have said they believe the child lived in the neighborhood.

Darriynn Brown was arrested and was being held in Dallas County jail on Monday on charges of kidnapping and burglary. Police say they anticipate additional charges pending the results of a forensic analysis.

"Hard to believe. I don't think he was in his right mind," neighbor Jose Ramirez told the television station WFAA.

WFAA spoke with a woman off-camera who identified herself as little boy's mother, though police described her as the boy's guardian. She said the 4-year-old, Cash Gernon, was a "happy-go-lucky" boy.

She told WFAA that Cash was sound asleep when surveillance video reportedly showed the suspect broke in through the back door and kidnapped him. Police have been canvassing the area all throughout the weekend.

Brown's bond is set at $1.5 million. His attorney, Robbie McClung, said Monday that she had not yet met with him so she could not comment.

Brown was arrested on April 27 on a misdemeanor charge of evading arrest in a case that's still pending. Authorities said that he had an ankle monitoring bracelet on for a prior charge.

According to court documents for that charge, he lives with his parents a half-mile from where the boy's body was found.

Assistant Police Chief Albert Martinez has said it appeared the child suffered a violent death and that "an edged weapon" was used.

Antwainese Square, 39, told The Dallas Morning News that she alerted authorities after seeing the boy's body while she was jogging. She said the boy's face and upper half of his body were covered in blood and that he didn't have shoes or a shirt.