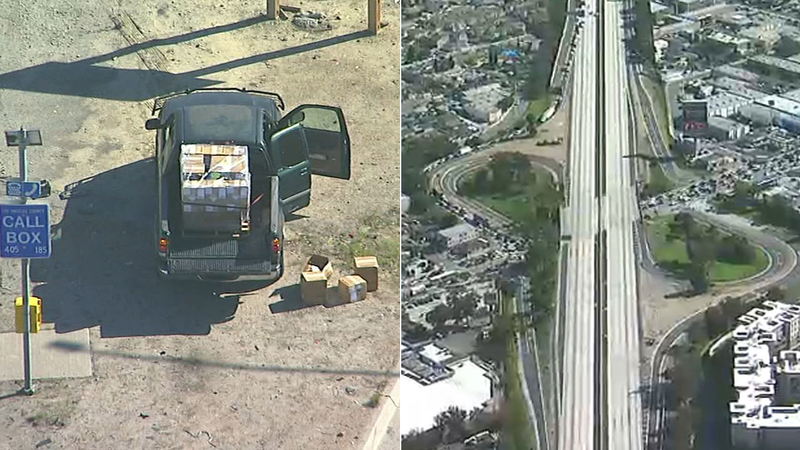 REDONDO BEACH, Calif. (KABC) -- All lanes of the 405 Freeway were reopened in Redondo Beach Thursday afternoon after a truck carrying a corrosive substance became involved in an accident.

Both sides of the freeway were completely closed at Inglewood Avenue around noon, according to the California Highway Patrol's traffic logs. Officials initially said the truck was carrying hydrogen cyanide, which should not be inhaled, but after inspecting a box that was dropped on the freeway, it was later determined to be thioglycolid acid.

By 3 p.m., all lanes of the heavily trafficked freeway were back open for drivers.

It's not clear why the truck was carrying the substance and how the box fell off. It's also unknown if anything was damaged or leaked.

In an exclusive Eyewitness New poll, more than half of Southern Californians described traffic where they live as a "major problem," with 11% even calling it "a crisis."