KABC
By ABC7.com staff
HIGHLAND, Calif. (KABC) -- A couple who were expecting their first child were among the four people killed in the street-racing crash on the 60 Freeway in Moreno Valley, according to GoFundMe pages set up by family members.

Valentino Miguel Ramos, 21, and his fiancée Airyana Rubie Luna, 20, died Friday night after the vehicle they were in crashed in the westbound lanes of the freeway.

"She was just so full of life. She was ready to have her baby. She wanted to be a mom so bad and with the smile on her face, you could just see that she was ready," Luna's father, Aaron Luna, said.

Authorities said the driver of the vehicle, 21-year-old Polo Najera Perez, of San Bernardino, was driving at a high rate of speed and had been involved in a street race with two other vehicles. Around 7:30 p.m., the driver lost control of his 1999 white BMW 328i and crashed into the center guardrail, which caused the vehicle to flip over.

Ramos and Luna, who were in the backseat, were pronounced dead at the scene. The driver, Perez, and 21-year-old passenger, Rafael Ramirez Espinoza, were also killed. The coroner identified the victims Saturday evening.

Another passenger - a woman who has not been identified - suffered moderate to serious injuries in the crash and remains hospitalized in an unknown condition.

Ramos and Luna had just celebrated a baby shower for their unborn son, who was named Valentino Miguel Ramos Jr., on Aug. 26, according to one GoFundMe page. Their child was due on Oct. 12.

"I always loved her and all that. She always helped me with everything," brother Aaron Luna Jr. said as he wiped away tears.

"He was just a shy character. He's a little cutie pie. She loved him. He was really good," she said. "It's heartbreaking that it had to go like this. It's just not fair."

The couple decided to hang out with friends Friday and around 2 p.m. the group of four went to Morongo Casino. The fatal crash happened as they were heading back home.

"Unfortunately, two lives have been cut short and one life never got the opportunity to blossom due to this tragedy," the GoFundMe page said.

Ramos leaves behind his parents, Connie and Richard, as well as three siblings, Danielle, Richard and Isaac, according to one page.

Luna's family has set up their own GoFundMe account, with a goal of $15,000 for funeral expenses. If you would like to donate, you may do so by clicking here.

Another goal of $15,000 was created by one of Ramos' family members for the funeral expenses as well. If you would like to donate to that page, you may do so by clicking here.

Authorities are searching for the drivers in the other two vehicles involved in the race who fled after the crash. One vehicle was described as a gray or black 2016 or 2017 Honda Civic and the other is a black Mazda hatchback. 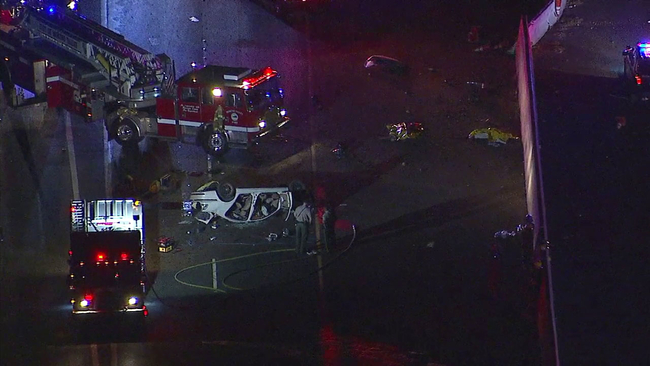 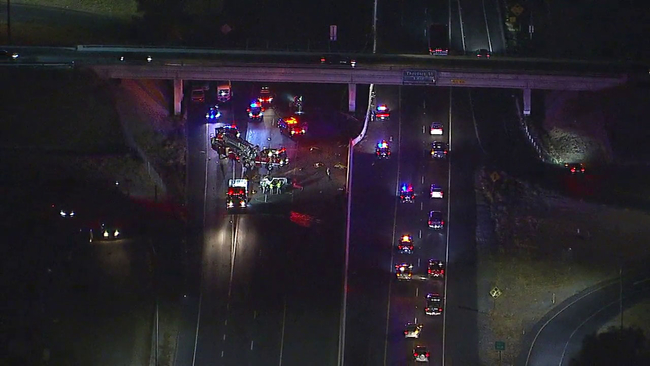