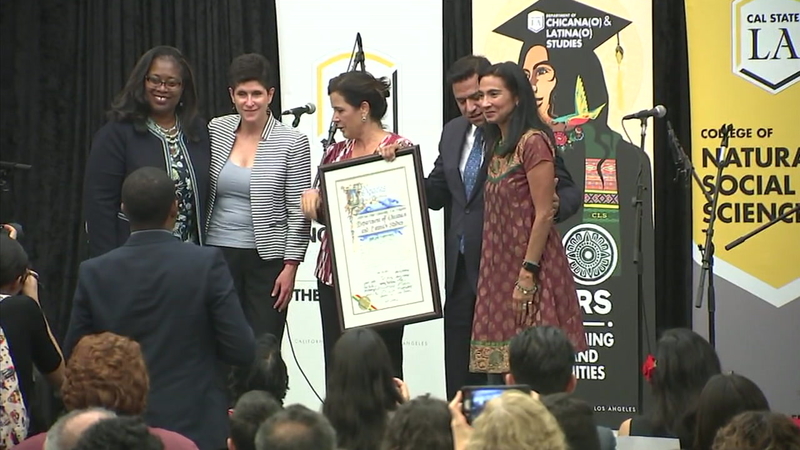 The birth of the Chicano studies program at Cal State L.A. took place in a year cemented with historic moments in the civil rights movement, including the assassinations of Robert F. Kennedy and Dr. Martin Luther King Jr.

"The Vietnam War hung over our heads like a dark cloud. Students from the east side walked out of schools to demand equitable access to school, education and proper history and representation in our school curriculum," said Los Angeles Council member Jose Huizar.

Huizar joined city and university leaders to celebrate the 50th anniversary of the oldest Chicano studies program in the nation. It has grown from its original four courses to more than 150.

"From the very beginning in 1968, its foundation has been in community-engaged scholarship, civic engagement and work for and with our local communities," said Cal State L.A. Chicano(a) and Latino(a) Studies Department Chair Dolores Delgado Bernal.

Civil rights pioneer Dolores Huerta - who was honored at the event - credited the Community Service Organization (CSO) for igniting her role as an activist.

"It changed my entire life because I was a school teacher, and then I found out that people can really make a change, that you don't have to wait for anybody to do it for you," Huerta said.