How the NYPD Is Preparing for Eric Garner Grand Jury Decision 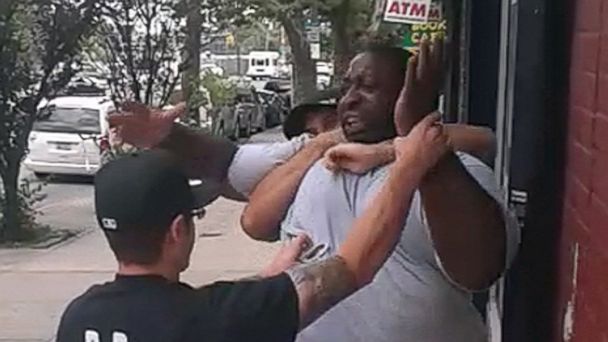 Police in New York City are preparing for potential protests once the grand jury decision is announced in the case of Eric Garner, a black man who died after being put in a choke hold by a white police officer this summer.

"We, as you might expect, are planning accordingly," New York Police Commissioner Bill Bratton said at a news conference on Tuesday.

Without revealing exact numbers of how many officers will be put on the streets ahead of the announcement, Bratton said that officers have been told to walk a fine line between allowing the protesters to express their anger while keeping public order.

Eric Garner Case: 5 Things You Need to Know About the Grand Jury

"If they engage in criminal activity, such as vandalism -- actual crime -- they will be arrested, quite simply," he said. "But we have the ability to have a level of tolerance -- breathing room, if you will," Bratton said.

There are at least two different demonstrations planned in lower Manhattan today, including appearances of Parents Against Police Brutality and protesters who say they are taking a stand against "the criminalization of our communities and militarization of the local enforcement agencies."

The grand jury's decision on the Garner case is expected to be announced in the next two days, coming less than two weeks after it was announced that Ferguson, Missouri, police officer Darren Wilson will not be indicted for the fatal shooting of unarmed teen Michael Brown.

New York officials said they are taking precautions to avoid the kind of riots and looting that destroyed more than a dozen businesses in Ferguson. Police chief Jimmy O'Neill said that there have been 31 arrests during protests held in New York since the Wilson decision was announced.

"It's not a large number of arrests," O'Neill said Tuesday.

Garner's son, Eric Snipes, told the New York Daily News that while he hopes the police officer involved, Daniel Pantaleo, is indicted, he does not believe that there will be Ferguson-level demonstrations.

The decision is expect to come just as the NYPD is launching a trial use of body cameras for police officers. They are being introduced today and Bratton said that he expected them to be in use in target precincts by this weekend.

"We've seen some troubling situations around the country. But here, we've seen, I think, a very positive outcome where the NYPD respected the right of citizens to make their voices heard, was smart and creative and flexible in their approach, and kept order," New York City Mayor Bill de Blasio said.