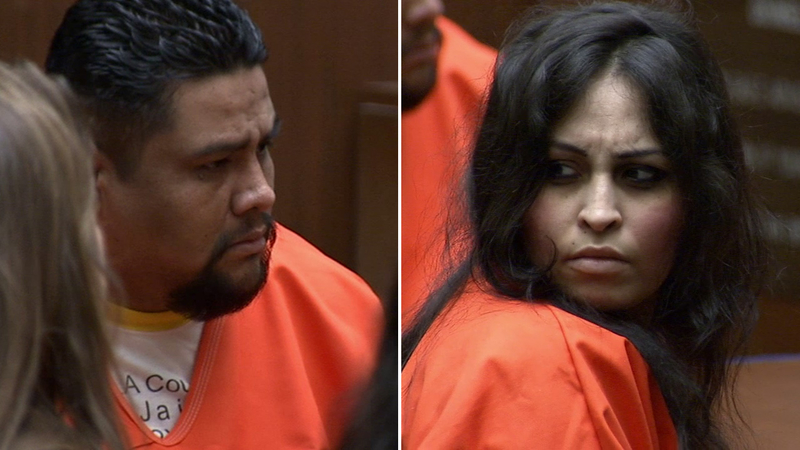 LOS ANGELES (KABC) -- A possible plea deal for a Palmdale couple who allegedly tortured and beat the woman's 8-year-old son has been delayed again, leaving the victim's mother fuming.

Pearl Fernandez and Isauro Aguirre said nothing as they walked into a Los Angeles courtroom Wednesday morning. But that changed at the end of the proceeding.

Fernandez shouted at Aguirre, seemingly upset that her former boyfriend agreed to continue with the court case instead of agreeing to a plea deal with prosecutors.

The two are charged with the capital murder of Fernandez's son, Gabriel Fernandez. If convicted, they could face the death penalty.

Wednesday's hearing centered on whether or not a plea agreement was in the works.

The tragic case came to light in May 2013, when Fernandez called 911 saying her son was not breathing. Doctors found evidence Gabriel had a cracked skull, broken ribs and had been shot with a BB gun.

"This should be honestly an open and shut case. All the evidence is there," Carranza said.

In the courthouse, several people gathered to show support for Gabriel. Some created Christmas ornaments adorned with the boy's photo.

"No matter what, there's no excuse. Animals don't get treated this way, neither should a child," said Amanda Nevarez, a friend of Gabriel's family who created a Facebook page called Gabriel's Justice.

Aguirre's public defenders want more time to prepare for the case. When Fernandez was asked if she agreed to a continuance in the case, she did not reply.

Despite her silence, the case was continued until Feb. 11.