Eric McCormack of 'Will & Grace' gets Hollywood star 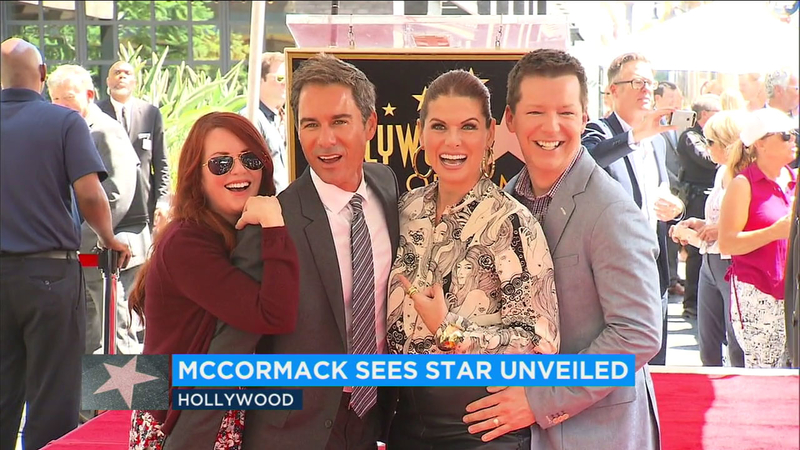 Eric McCormack of 'Will & Grace' gets Hollywood star

HOLLYWOOD, LOS ANGELES (KABC) -- Emmy-winning actor Eric McCormack added another honor to his resume: He saw his star unveiled Thursday on the Hollywood Walk of Fame.

His co-stars from the sitcom "Will and Grace" were on hand to cheer him on, including Debra Messing, Sean Hayes and Megan Mullally.

Michael Douglas, who guest-starred in a 2002 "Will & Grace" episode, and series co-creator Max Mutchnick joined them as well.

So grateful that Mr Michael Douglas joined me at my #WalkOfFame induction today. As Michael so memorably said on #WillAndGrace : “Woof!” pic.twitter.com/lP4QyEBEiC

McCormack's star is next to Messing's.

McCormack was nominated four times for an Emmy for his role of Will Truman in the sitcom and won in 2001.