The protest, dubbed #BlackOutHollywood, remained peaceful. Demonstrators hope to voice their frustration with officer-involved shootings in Los Angeles and Ferguson, Missouri and the chokehold death of a man in New York City.

Protesters also staged a die-in on Hollywood Boulevard near the Dolby Theatre, where people lay in the streets to promote change. Actor Tyrese Gibson also participated in the march and die-in.

"I just hope that people realize that black lives matter. This is important. Everyone has to stand up for what is right," Oakland resident Charles Jim-George said.

The protest comes a day after LAPD officers responding to a report of a stabbing shot and killed a man wielding a knife at Hollywood and Highland. The coroner has not yet identified the man. 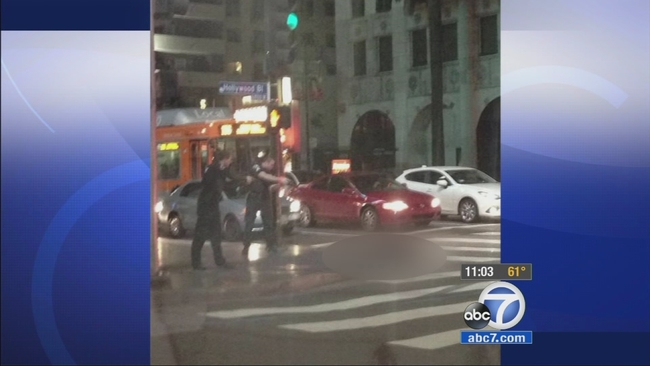