Dodgers heading to NLCS after 6-2 win over Braves 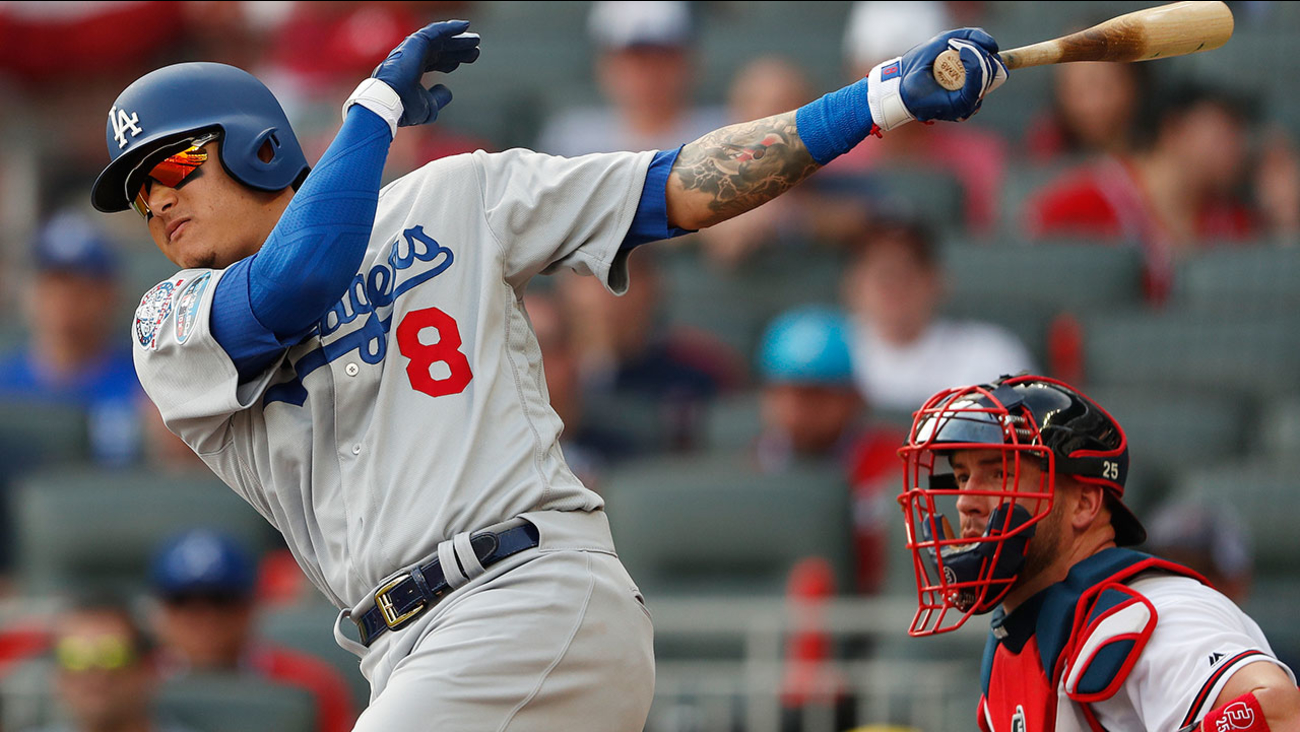 ATLANTA (KABC) -- The Los Angeles Dodgers are headed once again for baseball's National League Championship Series after taking down the Atlanta Braves 6-2 on Monday.

They'll face the Brewers in the best-of-seven NLCS, starting Friday in Milwaukee. The Dodgers beat Milwaukee 4-3 in the season series. Both teams won division titles with one-game playoff victories the day after the regular season.

The National League Division Series Game 4 victory in Atlanta puts the Dodgers into their third consecutive NLCS and their fourth in six years.

And that means they're now just four wins away from appearing in the World Series for the second consecutive year.

Midseason acquisition Manny Machado dominated the scoring with a one-run double in the first inning and a three-run homer in the seventh.

Left-hander Rich Hill started on the mound, coming out in the fifth after Atlanta took a 2-1 lead in the fourth. Kenley Jansen closed out the Braves in the ninth.

The Dodgers have appeared in a dozen league championship series since 1974, splitting them 6-6.

Coming off a tense victory in Game 3, the Baby Braves grabbed the lead on pinch-hitter Kurt Suzuki's two-run single in the fourth.

But David Freese, the 2011 World Series MVP with St. Louis, came through again in the postseason. He delivered a pinch-hit single of his own in the sixth off Jonny Venters (0-1), driving home Cody Bellinger and Yasiel Puig for a 3-2 lead with a grounder past backup shortstop Charlie Culberson after Atlanta allowed Puig to steal second uncontested.

Machado finished off Atlanta in the seventh, launching a 1-2 pitch from rookie Chad Sobotka over the Dodgers' bullpen - his team's eighth homer of the series. A free-agent-to-be acquired from Baltimore in July, Machado also had a run-scoring double in the first.

Ryan Madson (1-0) earned the win by getting the final two outs in the fifth to escape a bases-loaded jam. Lucas Duda hit a long drive to right that drifted foul with two on in the eighth against Kenta Maeda, then had an inning-ending flyout.

Atlanta's return to the postseason for the first time since 2013 yielded a familiar result: another postseason defeat.

The Braves have lost nine straight playoff appearances, their last victory coming 17 long years ago against a team that is no longer in the National League. Since a sweep of Houston Astros in the 2001 NL Division Series, October has been a month of misery for the Braves.

Getting back to the playoffs ahead of schedule after a massive rebuild, Atlanta simply didn't have the experience, depth or power to stick with the power-packed Dodgers. Los Angeles had a franchise-record 235 homers during the regular season and hit eight more against the Braves.