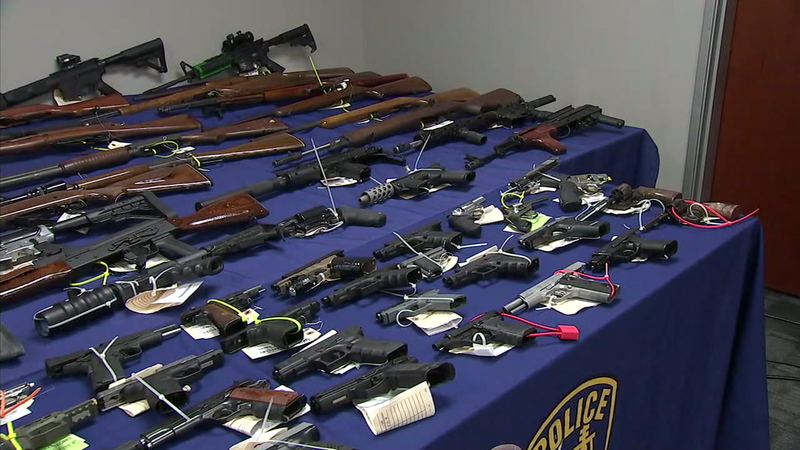 RIVERSIDE, Calif. (KABC) -- State and local authorities on Friday announced the results of a six-month operation that they said was aimed at dismantling the largest criminal street gang in Riverside County.

At a morning news conference, California Attorney General Xavier Becerra, Riverside Police Chief Sergio Diaz and Riverside County District Attorney Mike Hestrin said 45 people were arrested during Operation Eastbound and Down, which resulted in the seizure of 13 assault weapons and 50 other firearms.

Diaz said this is a big step in the right direction.

"When you take out the right people and keep them out of the neighborhood long enough, what that does is it gives the community some breathing room," he said.

The investigation was prompted by a spike in violent crimes in Riverside, including murder, drive-by shootings and assaults, Becerra's office said in a statement.

"In recent months, several high-ranking gang members have been released from custody. As a result, these members have been fighting to retake control of their respective cliques or factions within the gang," Riverside police Lt. Charles Payne said. "That's contributed to the spike in violent crime as well."