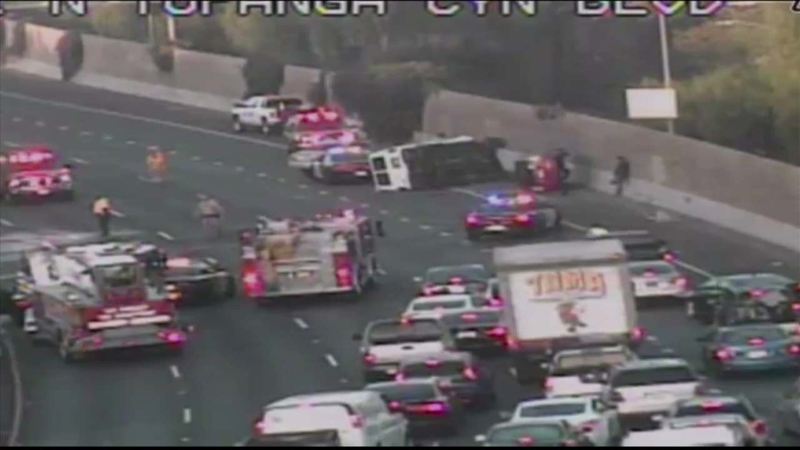 5 injured in crash on 101 in Woodland Hills; multiple WB lanes shut down

WOODLAND HILLS, LOS ANGELES (KABC) -- At least five people were injured in a crash on the 101 Freeway, shutting down multiple westbound lanes in the Woodland Hills area Thursday morning.

The incident was reported around 7 a.m. near Shoup Avenue. Of the five injured individuals, four were transported to hospitals with non-life-threatening injuries, according to the Los Angeles Fire Department.