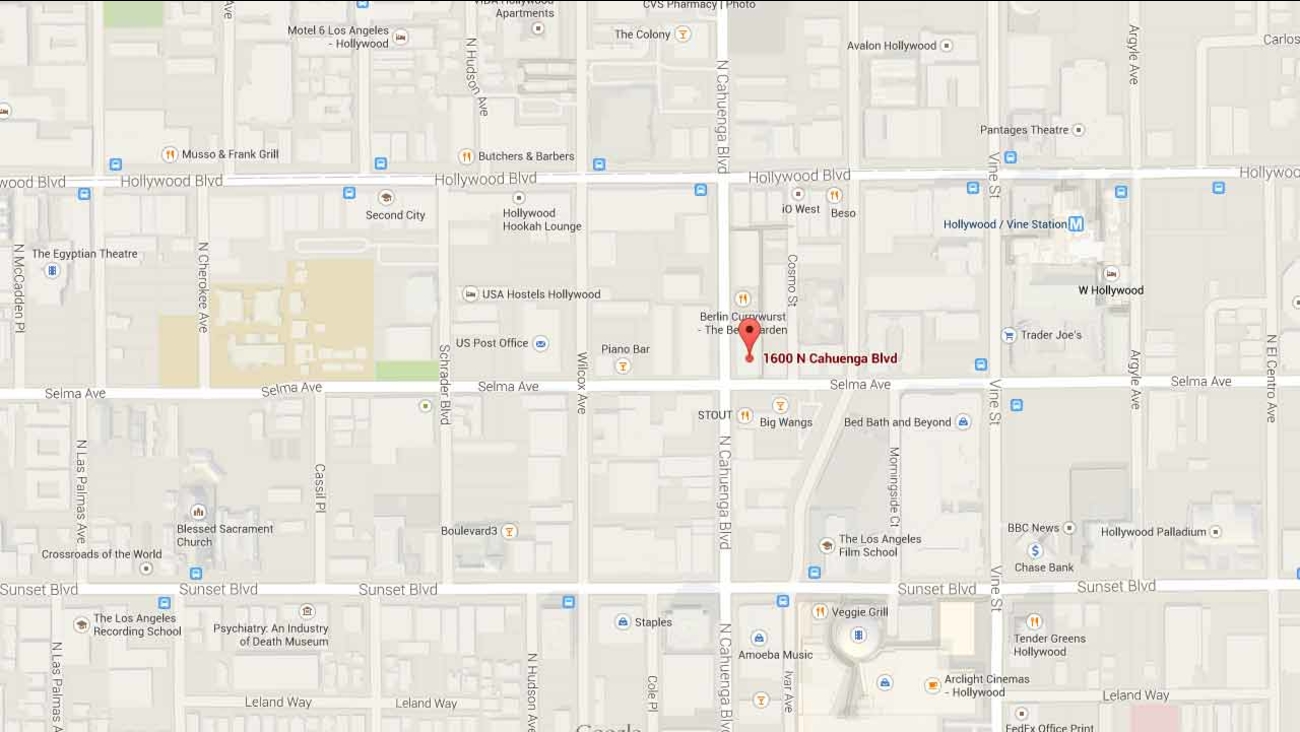 This Google Maps image shows the location of a fatal shooting in Hollywood on Sunday, Jan. 4, 2015. (Google Maps)

HOLLYWOOD, LOS ANGELES (KABC) -- Two men have been charged with murder in the shooting death of a man in Hollywood. The incident was witnessed by an off-duty police officer, who helped arrest the suspects.

Troy McVey, 22, and Colby Kronholm, 21, were each charged with one count of murder. McVey is also facing gun allegations, according to the Los Angeles County District Attorney's Office. Their arraignment was scheduled for Jan. 21.

Los Angeles police said an off-duty officer and area residents witnessed a suspect smashing car windows on Jan. 4 around 11:55 p.m. in the 1600 block of North Cahuenga Boulevard. Authorities said the suspect then confronted a man, demanded money and shot him multiple times.

Prosecutors said McVey was the one who pulled the trigger that night. The victim was taken to an area hospital, where he died the following day.

The victim's identity was not released. Police described him to be 55-60 years old and most likely homeless.

The off-duty officer who saw the shooting chased McVey and Kronholm to Wilcox Avenue, where the two men were taken into custody.

If convicted, McVey and Kronholm face potential life prison sentences. Both men are from Greenville, Maine and have been convicted of more minor crimes in the state.