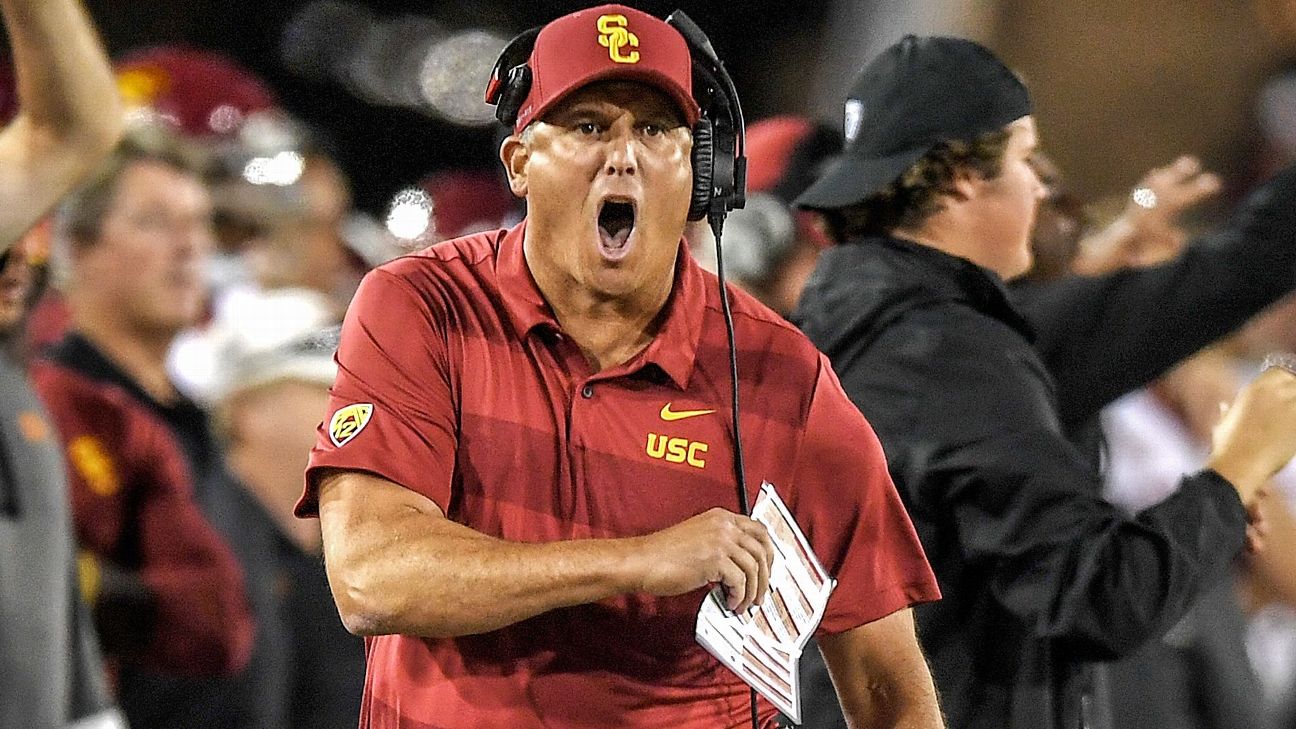 LOS ANGELES -- As speculation about his job security has intensified, USCcoach Clay Helton said he feels confident that he has the support of the university and expects to remain at the school.

"I have a lot of support from [athletic director] Lynn Swann," Helton said. "Lynn, every Monday, walks into my office and has given me nothing but, 'Coach, we're in this for the long haul. We're going to get this done.' That's what I've felt from day one and what I felt after the Cal game also. I know, in my heart, I'm going to be here."

USC blew a 14-0 halftime lead to Cal on Saturday to drop to 5-5 and out of contention in the Pac-12 South. The Trojans enter Saturday's game at two-win UCLA one win shy of bowl eligibility. They will close the regular season the following week at home against their other biggest rival, No. 3 Notre Dame.

In a team meeting earlier this week, Helton said he told his players that he plans to be at USC for another 15 years. He said he felt the need to address his job security with the team because of how impactful chatter on social media can be with college-aged players.

"We're in the second-largest media market in the world," Helton said. "The beauty of social media is a lot of people get opinions, and those opinions on social media can affect kids, and they want to know where the coach's mindset is, and they also want to know the stability of their coach.

"So know this: I'm not going anywhere. I want them to know my jaw is set and that I have the support of a great university and great people in this administration, and I've always felt that."

After winning the Rose Bowl in Helton's first full season as coach in 2016 and winning the Pac-12 last year, the USC fanbase quickly lost patience with this year's team, which has lacked discipline and struggled with inconsistency. After seeing USC's 14-game win streak against Cal snapped on Saturday, boos reigned down at the Los Angeles Memorial Coliseum.

Most recently, linebacker Levi Jones, a sophomore from Austin, Texas, who has played in eight games this season, was suspended for a violation of team rules and is no longer on the roster.