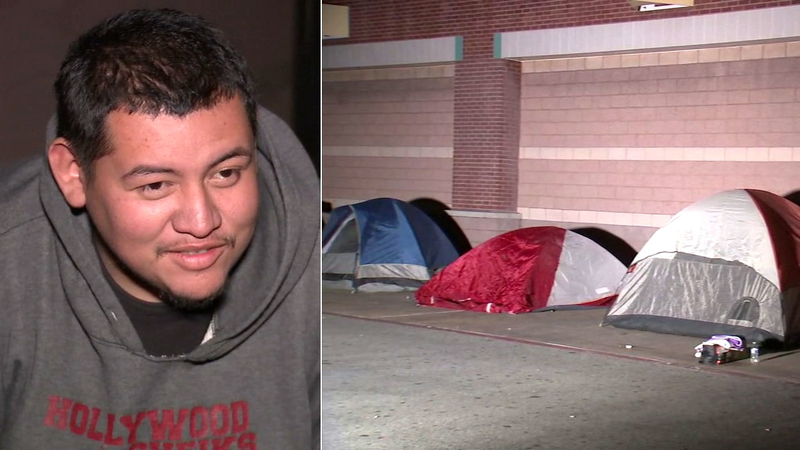 Man camps out for days in front of Burbank Best Buy

BURBANK, Calif. (KABC) -- A number of stores will be open on Thanksgiving Day with deals for Black Friday, and a man in Burbank made it his mission to be first in line.

One of those stores is Best Buy, where lines have already formed. At a store in Burbank, the outside of the store was lined with tents.

Rigoberto Deleon, of Hollywood, was the first person to get in line and said he'd been there since Sunday afternoon.

"It's been really cold lately though. I've been struggling with the cold this year. We do it every year. This is like the third time doing it," he said.

He added that in the years past he got a good deal on a TV and that being first in line gives him an edge on getting limited tickets for better deals on large electronics.

He said this year he hopes to score a laptop or a camera.

Another eager customer, Anthony Ramirez, said he was having trouble handling the cold as well.

"I take my girlfriend and we've been snuggling in the tent. We try to stay warm," he said with a laugh.