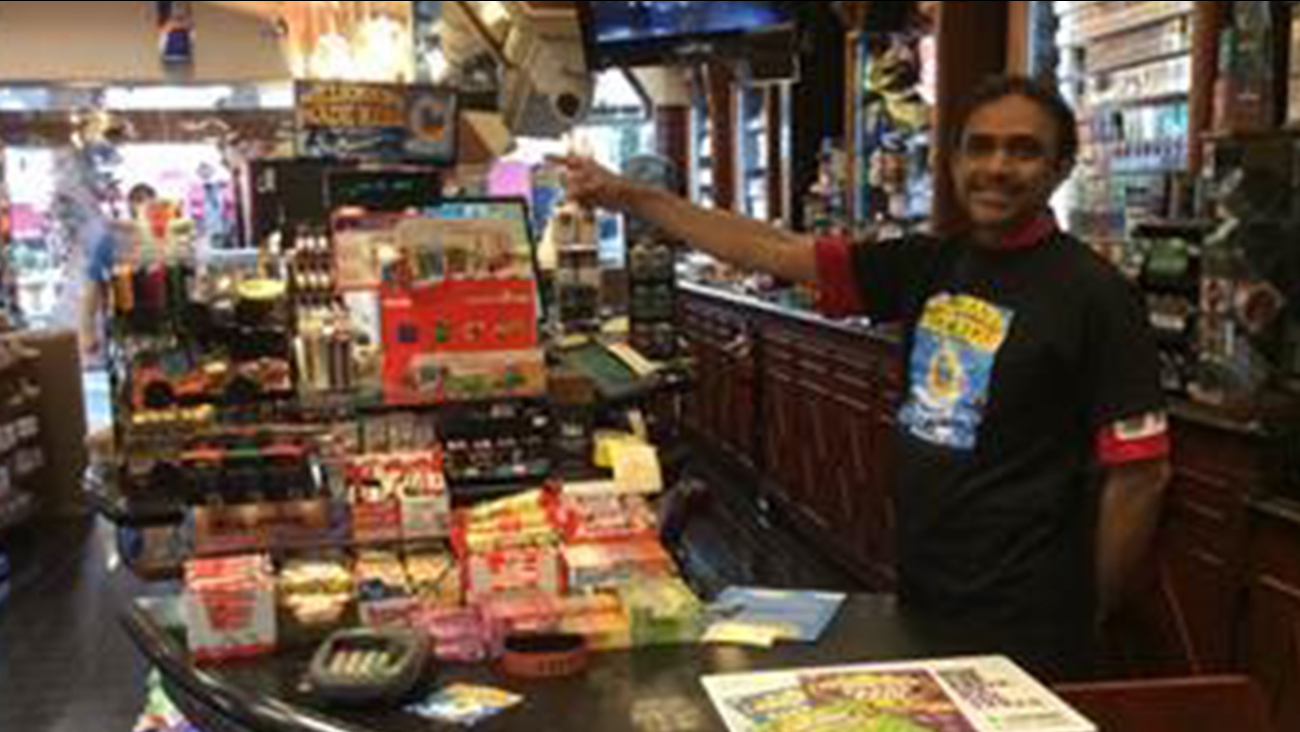 CENTURY CITY, LOS ANGELES (KABC) -- A 76 gas station in Century City is churning out some lucky numbers. On Saturday, the retailer sold its second major lottery-winning ticket in less than a year.

The Powerball ticket sold Saturday matched five of six numbers to win the nearly $2 million prize. It had the numbers 15, 27, 23, 36 and 16, and was only missing the number 9.

Because the ticket was not a perfect match, the jackpot for Wednesday increases to $208 million.

In April, the same gas station, located in the 10300 block of Santa Monica Boulevard, sold a $30 million Mega Millions ticket. It was paid $150,000 for selling the winning ticket.

This time around, the 76 gas station only gets about $9,980, which equals half of 1 percent of the winnings.

The latest winner is asked to sign the back of his or her ticket in ink and visit a Lottery District office. The closest office from the gas station is at 16525 Sherman Way, #C10 in Van Nuys.