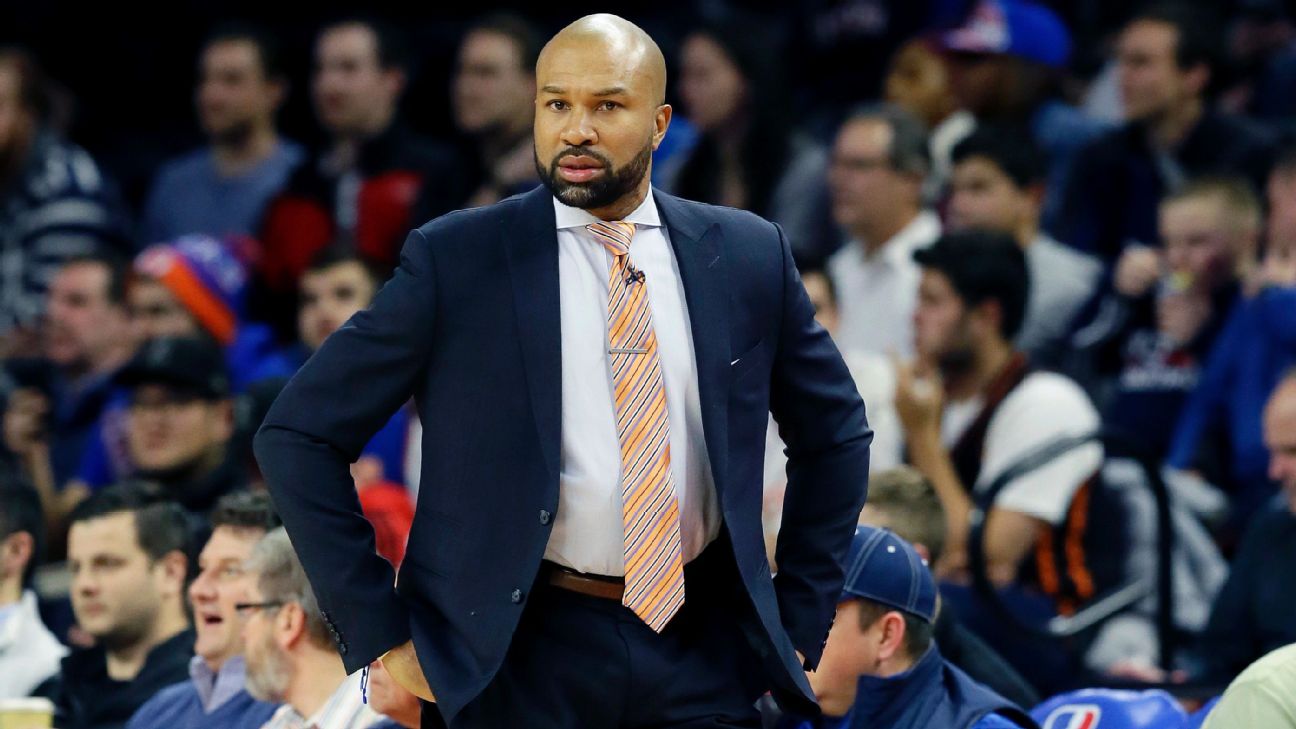 ESPN
By Adrian Wojnarowski
The Los Angeles Sparks of the WNBA have hired Derek Fisher as head coach, the team announced Wednesday.

Fisher, a five-time NBA champion player and former head coach of the New York Knicks, will be introduced at a news conference on Friday in Los Angeles.

"I'm excited to be the new head coach of the LA Sparks," Fisher said in a statement. "There is no finer organization in the WNBA and I can't wait to work with our ownership group, front office, talented players and staff to cement a culture of sustained excellence, which is what LA basketball fans demand -- and deserve."

"Derek is a great basketball mind who brings a ton of high-level experience to our team," Parker said. "I look forward to working with someone with championship pedigree and who has a track record of strong leadership. Derek has been a strong supporter of women's basketball for quite some time, so it's nice to officially welcome him."

Fisher replaces Brian Agler, who resigned last month after four seasons at the helm. Agler led the Sparks to the 2016 championship and is the only coach to have led two different franchises to the WNBA title. He also won the 2010 championship with the Seattle Storm.
Report a correction or typo
Related topics:
sportsespnwnbalos angeles sparksnbaderek fisherespnw
Copyright © 2020 ESPN Internet Ventures. All rights reserved.
More Videos
From CNN Newsource affiliates
TOP STORIES