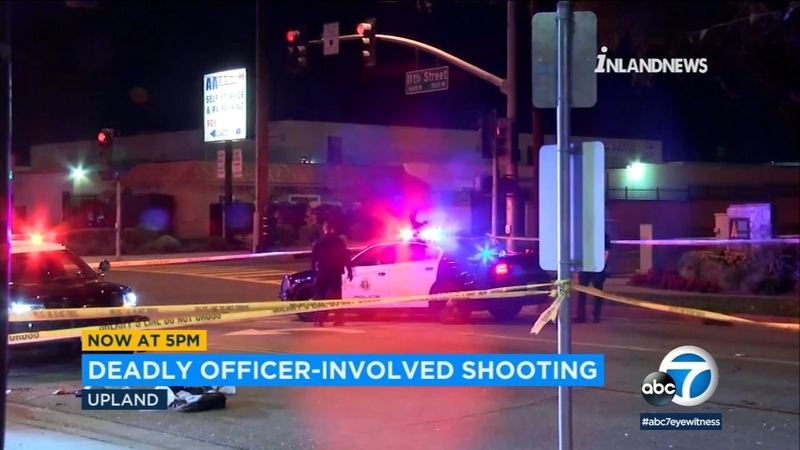 Officers responded about 3:15 a.m. to a report of a suspicious person in the area of 11th Street and Benson Avenue, said Capt. Marcelo Blanco, a spokesman for the Upland Police Department.

"Three officers were involved in the shooting," the department said in a statement. "The suspect had a replica firearm but at the time of the shooting, officers did not know it was a replica."

The wounded suspect, described as being in his late 20s or early 30s, was transported to a hospital for treatment. No officers were injured.

An officer involved shooting investigation is underway in #Upland Police shot a man after he brandished a gun. Turns out gun is a fake. Story coming up in moments on @ABC7 pic.twitter.com/s1OPN7sIX0

In accordance with protocol, the San Bernardino County Sheriff's Department was assisting police in the investigation of the shooting.

Classes at the school began at 7:30 a.m. as scheduled. The teacher's parking lot was closed as investigators collected evidence at the scene.